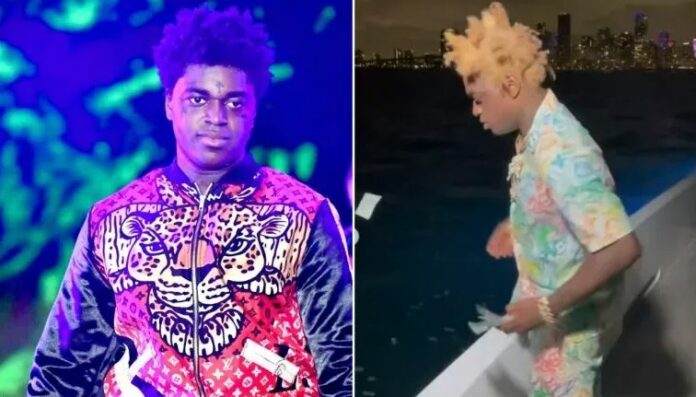 Kodak Black has been slammed on social media, after sharing a video of himself throwing an estimated $100,000 into the ocean while aboard a boat.

The rapper, Bill Kahan Kapri, took to Instagram late Tuesday to share footage of himself looking disgruntled as he tossed stacks of crisp notes into the water.

After the video was criticized on Instagram, it was soon circulated on Twitter, where viewers also expressed their outrage.

“Instead of donating to the ones in need, he throws it away just to catch attention,” wrote @gilber_sen on the micro-blogging platform.

“Destruction of money is a federal crime because it causes damage to the entire economy,” said @JohnZsid. “It’s the US government’s money, not his. We borrow money as printed symbols of worth. Also, more accurately, it’s money his label loaned to him that he has to pay back.”

Responding to a fan who spoke out in defence of Kapri, @hft_trading1988 said: “This is a twisted mindset. You can never see any successful entrepreneur do this, only those with poverty mindset.”

“I hate that video of Kodak black spraying $100k in an ocean,” tweeted @SiSi____Eko. “I know some of you will think is fake currency but people are that crazy much.”

“Kodak black throwing money in the water while there are people without basic amenities in the world. Are you entertained…,” said @ScarcityStudios.

Meanwhile, @VolJean1 wrote in reaction to the video: “If this is real Kodak Black needs a conservatorship.”

A follow-up post on Instagram showed the musician posing with a sizable bundle of cash, as he alluded to being loyal to somebody while failing to see the “signs” that the friend in question had “envied” him.

“I AIN’T SIGNING RAPPERS NO MORE,” he also wrote in a since-deleted tweet, before adding: “F*** a Friendship, I’m On Businezz!,” according to HipHopDX.