A 13-year-old girl, Daphine Nakimuli, has committed suicide by hanging herself after getting harsh comments from her parents for performing poorly in the recently released PLE Results. See the suicide note below… 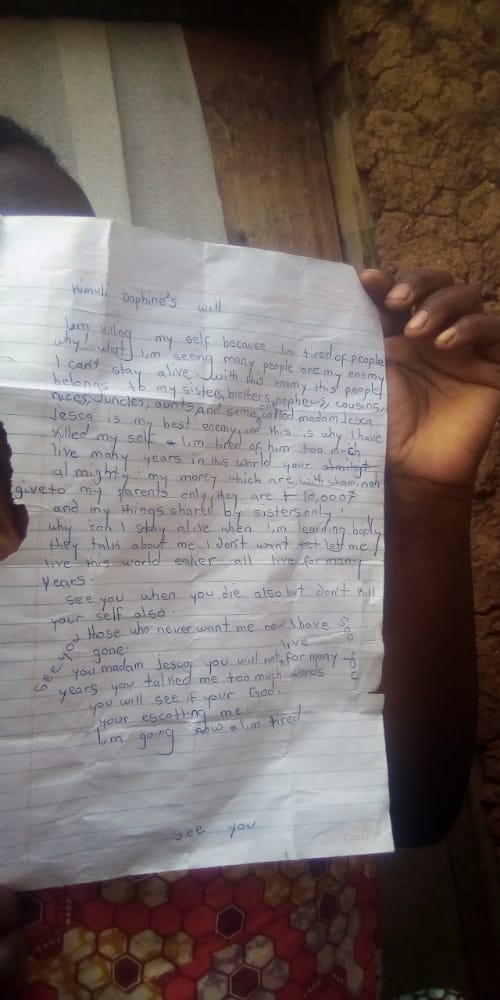 The deceased is identified as Daphine Nakimuli, a resident of Kinuubi East, Bwikya Ward in Mparo division, Hoima City.

Nakimuli had just completed her PLE at Bwikya Primary where she obtained 28 aggregates in the four subjects.

According to neighbors, it is from this performance that parents scolded their daughter for failing the exams and wasting their money in paying her school fees.

Before her death, the girl left a note behind describing how she was feeling unloved, describing how her siblings and parents were scolding her over her performance in the PLE results, and that she had decided to take her own life to get rid of that. 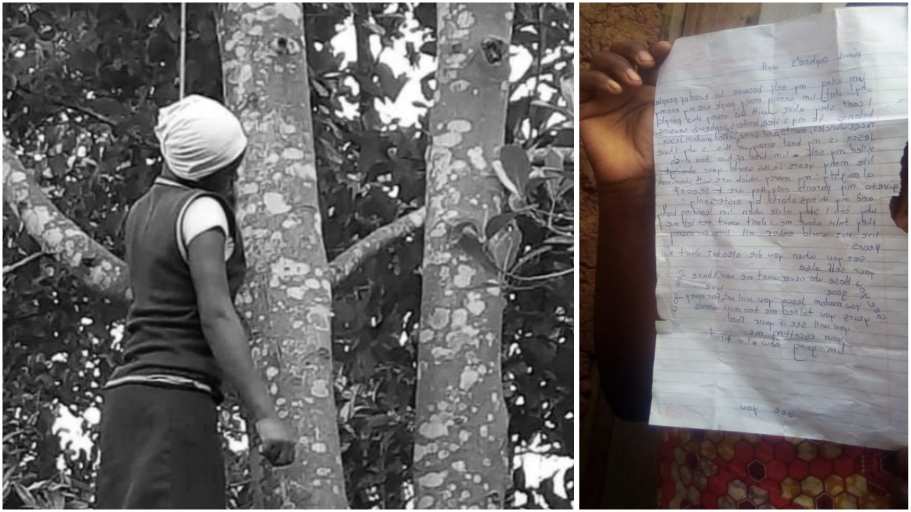 Angrily and feeling abandoned, the girl went behind their house, grabbed a rope, and climbed a jackfruit, where she hung herself from.

Allan Julius Hakiza the Albertine Region Police Spokesperson confirmed the incident and said police had already kicked off investigations into the juvenile’s death.