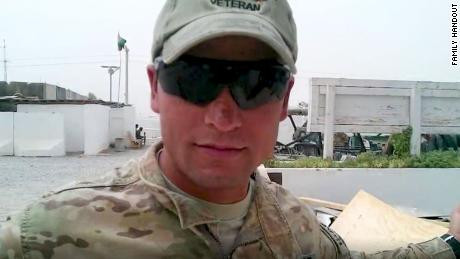 Sohail Pardis, an Afghan interpreter who worked for the US Army has been beheaded by the Taliban, it has been revealed.

Pardis was one of the thousands of Afghan interpreters who worked for the US military.  The Taliban now claims it has 85% territory control of Afghanistan following the withdrawal of US forces ordered by president Joe Biden.

According to a CNN report on Friday morning July 23,  Pardis was driving from his home in Afghanistan’s capital Kabul to nearby Khost province on May 12 for Eid when his vehicle was blocked at a checkpoint by the Taliban.

Villagers who witnessed the incident say the Taliban shot his car before it swerved and stopped. They then dragged Pardis out of the vehicle and beheaded him.

Just days before, Pardis had confided to his friend that he was receiving death threats from the Taliban, who had discovered he had worked as a translator for the United States Army for 16 months during the 20-year-long conflict.

“They were telling him you are a spy for the Americans, you are the eyes of the Americans and you are infidel, and we will kill you and your family,” his friend and co-worker Abdulhaq Ayoubi told CNN.

Around 18,000 Afghans who worked for the US military have applied for a Special Immigrant Visa program that would allow them to go to the United States as they fear their life is now in  danger following US forces withdrawal and subsequent taliban occupation of territory..

On July 14, the White House said it was launching, “Operation Allies Refuge,” an effort to relocate the thousands of Afghan interpreters and translators who worked for the US and whose lives are now at risk. The evacuation will begin in the last week of July for Special Immigrant Visa (SIV) applicants already in the pipeline, White House press secretary Jen Psaki said in a briefing.

The US also said it was in talks with some countries to act as safe havens until the US can complete the long visa process.

Pentagon spokesperson John Kirby said on Wednesday this week that the Defense Department “is considering options” where Afghan nationals and their families could potentially go.

“We’re still examining possibilities for overseas locations to include some departmental installations that would be capable of supporting planned relocation efforts with appropriate temporary residences and supporting infrastructure,” Kirby said.