Argentine star, Lionel Messi has agreed to stay at Barcelona on a deal until 2026 that includes reducing his wages to half of his previous salary. The announcement is dependent on player departures that will allow Barca to fund the Argentina captain’s wages.

Lionel Messi, 34, was a free agent after his contract – that reportedly paid him £123m a season – expired on 30 June. He is on holiday after winning the Copa America and the finer details of the contract are yet to be finalised. There will be a break clause in the contract, allowing the Argentine star  to leave the club after two years.

The announcement could yet be a fortnight away for a combination of reasons, including La Liga insisting the club offload some wages before new players are registered and the player himself being on holiday.

After the Copa America, Messi feels very strong and has started imagining staying at the club even longer than previously thought – hence him accepting a five-year deal.  After two he can break the deal, but if he feels as motivated and fit as now the move to, the MLS can wait

The agreement will not be announced immediately and may still be a couple of weeks away, as lawyers have to go through it, and La Liga has said the club must release wages before he and the new players can be registered

Fringe players such as Junior Firpo, Jean-Clair Todibo and Carles Alena have already been sold to free up budget but other big-name departures will also need to take place.

Messi had been linked with moves to Paris St-Germain and Manchester City, where he would be reunited with his former boss at Barcelona Pep Guardiola, as well as America’s Major League Soccer, which he has previously considered experiencing. 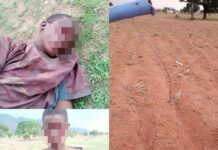