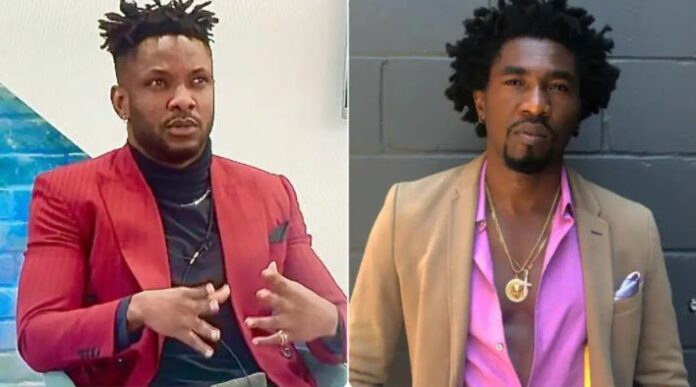 Two of the new Big Brother Naija contestants Boma and Cross were once budding football stars whose careers got truncated even before they could get to their peak by varying injuries. Although they both seem to have moved on from their respective setbacks by venturing into other things, they probably had a dream of making it big on the pitch.

Boma was the first to step into the house on Saturday, July 24, before others joined him in the exotic mansion for this year’s edition of the TV reality show.

The 34-year-old started as a model and finished as the 2nd runner-up overall at the Imperial Universe Contest in 2016. He has modelled for some top-class designers across the world.

He played for some amateur football in Europe but just at the nick of penning a pro-deal, he hanged his boot owing to nagging injury concerns, and he has now ventured into acting and other things. He told Ameyaw Debrah in an interview in August 2020 and reported by PM News.

“I decided to go full fledge into soccer as I’d always wanted, and went on to play Semi-Pro throughout Europe. Unfortunately, before signing pro, I experienced an injury, and my soccer career was short-lived. It was a tough time for me, but I couldn’t let that setback stop me. The second participant who had a short-lived football career in the house is Ikechukwu Sunday Cross Okonkwo.

Sources reveal that the 30-year-old hails from Oba in Anambra and has done virtually every legal business out there just to make money. He owns his own protein shakes, co-owns a restaurant, and spent some of his young years in England.

While he was in the UK, he gave the round leather game a chance but his career was wrecked by injury and then he decided to shift focus to other ventures that could earn him a wealth Last year, during the Lockdown Edition, the show had Ozo, who held a UEFA certification and has gone ahead to appear on various sports shows in the country.

However, the 2021 edition has given the fans two former footballers who are now into other businesses and will thrill their supporters with some exciting fun.

Drug Dealer Run Over By Vehicle While Fleeing From Robber. Photos