Comedian Bill Cosby gained widespread popularity for TV shows including ‘I Spy,’ ‘Fat Albert’ and ‘The Cosby Show.’ Following years of accusations, he was found guilty of sexual assault in 2018.

Who Is Bill Cosby?

Bill Cosby dropped out of high school to join the U.S. Navy, and later dropped out of college to become a stand-up comedian. Cosby’s first acting assignment, in the espionage series I Spy (1965-68), made him the first Black actor to co-star in a leading dramatic role on network television, as well as the first to earn an Emmy Award. His most successful work, The Cosby Show, appeared on NBC from 1984 to 1992 and was the highest-rated sitcom for several consecutive years. Cosby’s legendary status was tarnished when numerous accusations of sexual misconduct surfaced in 2014. His trial for three counts of aggravated indecent assault ended with a deadlocked jury in June 2017, but he was found guilty after a retrial in April 2018.

Cosby was born William Henry Cosby Jr. on July 12, 1937, in Philadelphia, Pennsylvania. Cosby, the oldest of four boys, grew up in Philadelphia’s Germantown neighborhood. At first, the Cosbys were able to get by, financially, but the family’s money began to slip when Cosby’s father, William Cosby Sr., began drinking heavily. After his father enlisted in the U.S. Navy, Cosby became like a parent to his brothers. Cosby’s mother, Anna, worked cleaning houses. He and his family also ended up living in the Richard Allen Homes, a low-income housing project. At the age of 8, Cosby suffered a great loss when his brother James, the second oldest of the boys, died.

With money very tight for his family, Cosby started shining shoes and worked at a supermarket during his middle school years. Despite their hardships, Cosby’s mother stressed the value of education and learning. She often read books to Bill and his brothers, including the Bible and works by Mark Twain. A gifted storyteller himself, Cosby learned early on that humor could be a way to make friends and get what he wanted. Cosby excelled at making things up. As one of his teachers once noted, “William should become either a lawyer or an actor because he lies so well.”

In school, Cosby was bright but unmotivated. He liked to tell stories and jokes to his classmates more than he liked to do his schoolwork. One of his teachers encouraged him to put his performing talents to use in school plays, not in her classroom. At home, Cosby listened to a variety of radio programs and started imitating such comedians as Jerry Lewis. He also watched such television performers as Sid Caesar and Jack Benny whenever he could.

While he was more interested in sports than academics — he was active on his school’s track and football teams — Cosby was placed in a high school for gifted students after scoring high on an IQ test. But Cosby failed to apply himself and ended up failing tenth grade twice. He switched to Germantown High School, but the academic issues continued. In frustration, Cosby dropped out of high school. He worked several odd jobs before joining the U.S. Navy in 1956.

During his military service, Cosby worked as a medical aide on ships, in several hospitals and at other facilities. He also joined the Navy’s track team, where he excelled, especially in the high jump event. Regretting his decision to drop out of school, Cosby earned his high school equivalency diploma while in the service. After leaving the Navy, he went to Temple University via scholarship.

While at Temple, Cosby landed a job as a bartender at a coffee house. He told jokes there, and eventually landed work filling in for the house comedian from time to time at a nearby club. Cosby also performed as a warm-up act for his cousin’s radio show. He found inspiration in the works of such comedians as Dick Gregory, an African American comic who often talked about racial issues in his routines. Early in his career, Cosby discussed race in his act as well, but he eventually dropped it from his performances, choosing to focus on telling stories about more general and universal themes.

Once again turning to his life for inspiration, Cosby began working on a new television series. The sitcom focused on an upper-middle-class African American couple with five children. Each of the children’s characters shared some traits of their real-life counterparts. Married since 1964, Cosby and his real-life wife, Camille, had four daughters and one son. (Cosby originally wanted the show to be about a driver and his plumber wife, with Camille joining producers to push for the show to be about a doctor and attorney.) In 1984, The Cosby Show debuted to favorable reviews and strong ratings.

Week after week, The Cosby Show drew audiences with its warm humor and believable situations. Cosby’s character, Dr. Heathcliff Huxtable, became one of the most popular dads in television history. He also served as a parental figure to his young co-stars, including Sabrina Le Beauf, Lisa Bonet, Malcolm-Jamal Warner, Tempestt Bledsoe and Keshia Knight Pulliam, as well as Raven-Symoné and Erika Alexander, on set. Phylicia Rashad co-starred with Cosby as his wife, Clair. After being the highest-rated sitcom on TV for several years, the show finally ended its run in 1992.

Over the show’s eight-season run, Cosby found time for other projects: He appeared in several films, including Leonard Part 6 (1987) and Ghost Dad (1990). In 1986, Cosby achieved another career milestone — becoming a bestselling author. His reflections on parenting were included in the book Fatherhood, which sold millions of copies. His opus on aging, Time Flies (1987), also enjoyed huge sales. In addition, Cosby enjoyed great popularity as a pitchman, appearing in commercials for such products as JELL-O, for which he had served as a spokesman since 1974.

After The Cosby Show, Cosby continued to work in television. He starred in The Cosby Mysteries, in which he played a retired criminologist who sometimes helped out a detective friend. Then in 1996, he returned to sitcoms with Cosby, re-teaming with former co-star Rashad. They were unable to obtain the same level of success as their earlier effort, but they did enjoy some popularity, staying on the air for four years.

While working on Cosby, the comedian experienced a deep personal loss. His only son, Ennis, was killed in 1997, shot to death while changing a tire on his car on the side of a California highway. Around the same time, Cosby was caught up in a paternity scandal. A young woman named Autumn Jackson claimed that Cosby was her father and tried to blackmail him for $40 million, saying that she would go to the tabloids if she didn’t get the money. She was arrested and convicted of extortion, receiving a 26-month prison sentence. (The conviction was later overturned and then reinstated.) Cosby admitted that he had a brief encounter with Jackson’s mother, but he claimed he was not Autumn’s father. 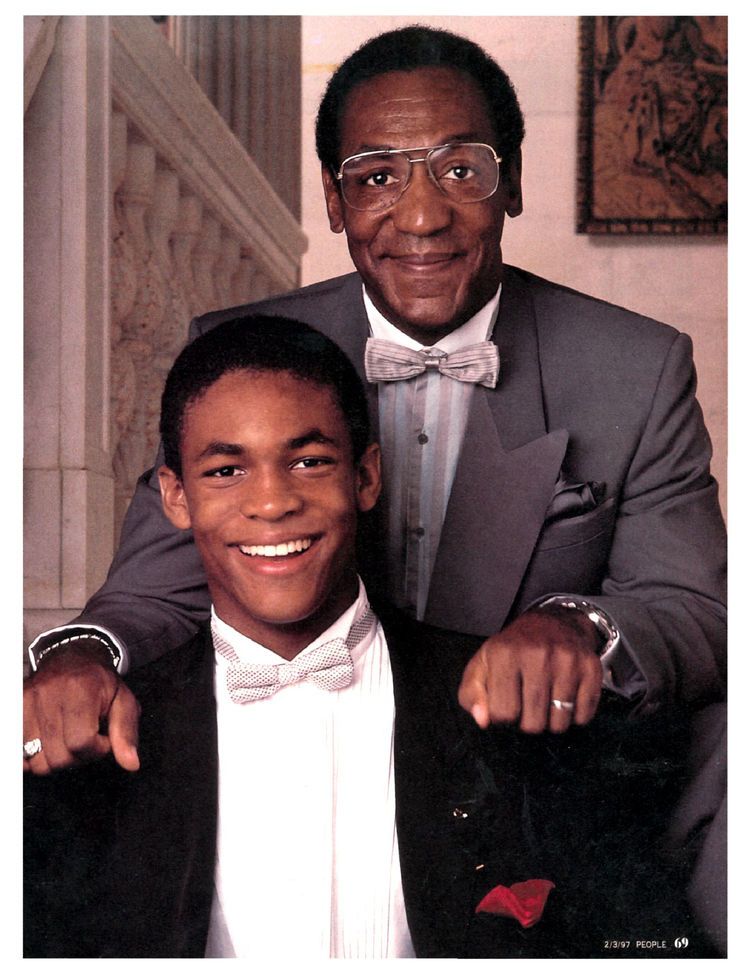 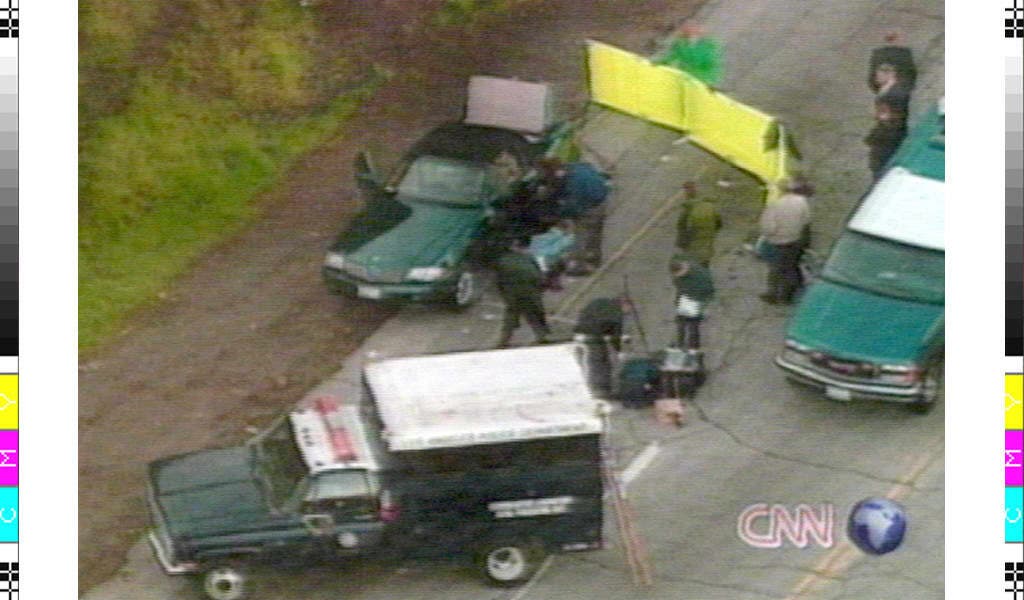 While coping with these difficult episodes, Cosby took on new professional challenges. He started a series of children’s picture books featuring a character named Little Bill in 1997, which also became a children’s TV program. A frequent speaker at commencement ceremonies, Cosby shared his advice in 1999’s Congratulations! Now What?: A Book for Graduates. He took a serious look at the education system in 2000’s American Schools: The $100 Billion Challenge, and paired up with his daughter Erika for 2003’s Friends of a Feather: One of Life’s Little Fables.

Awards and Return to TV

Cosby has received numerous accolades for his work, including multiple Emmy, Grammy, NAACP and People’s Choice awards. He was also honored with the 2002 Presidential Medal of Freedom, the 2003 Bob Hope Humanitarian Award and the 2009 Mark Twain Prize for American Humor.

In November 2013, Bill Cosby returned to the small screen with a new special on Comedy Central, Far From Finished. Directed by Robert Townsend, the production marked the comedian’s first concert special in three decades.

Cosby made headlines in 2014, not for his comedy, but his alleged misconduct. Over the years, he had faced numerous accusations of sexual assault. Cosby did not have criminal charges filed against him, but he did settle with one of his accusers out of court in 2006 after she launched a civil suit. In 2014, comedian Hannibal Buress brought new attention to earlier allegations by stating that Cosby “raped women” in his routine, according to Vulture.com 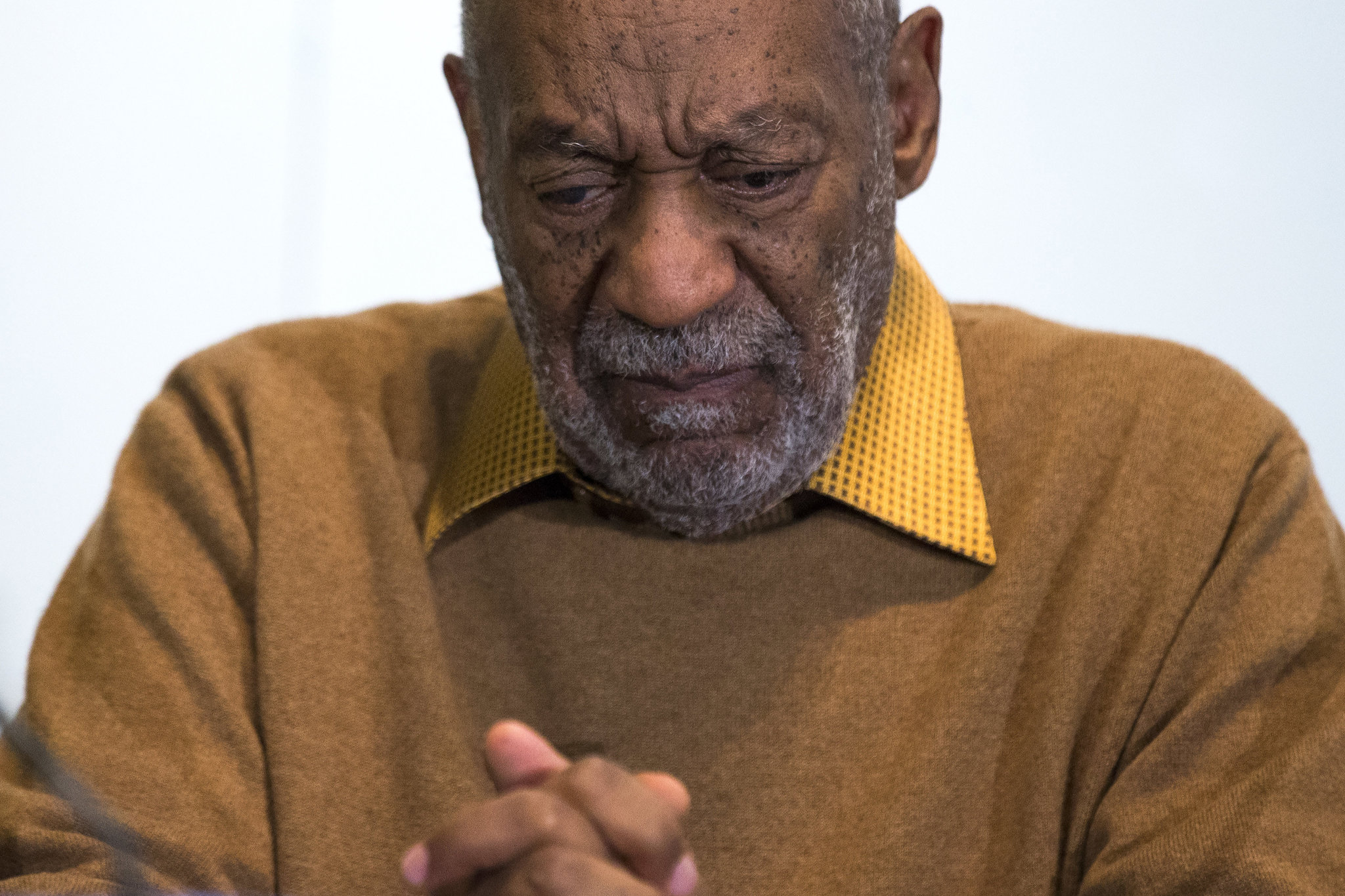 After this incident, Cosby remained silent about these claims. More women soon came forth to claim that the comedian attacked them as well, including model Janice Dickinson. She told Entertainment Tonight that Cosby gave her wine and some type of pill before he allegedly raped her. These accusations led both NBC and Netflix to announce that they were dropping projects that they had with Cosby, with cancellations to come as well for his 2015 stand-up tour. Cosby did not respond directly to the claims. After a National Public Radio interview with Cosby in November 2014, a lawyer said in a statement that the comedian “won’t dignify these allegations with any response.”

That December, as more accusations of sexual assault surfaced, Cosby spoke to a reporter about the news coverage of the controversy surrounding him. He said that “I only expect the Black media to uphold the standards of excellence in journalism and when you do that you have to go in with a neutral mind,” according to the New York Post. 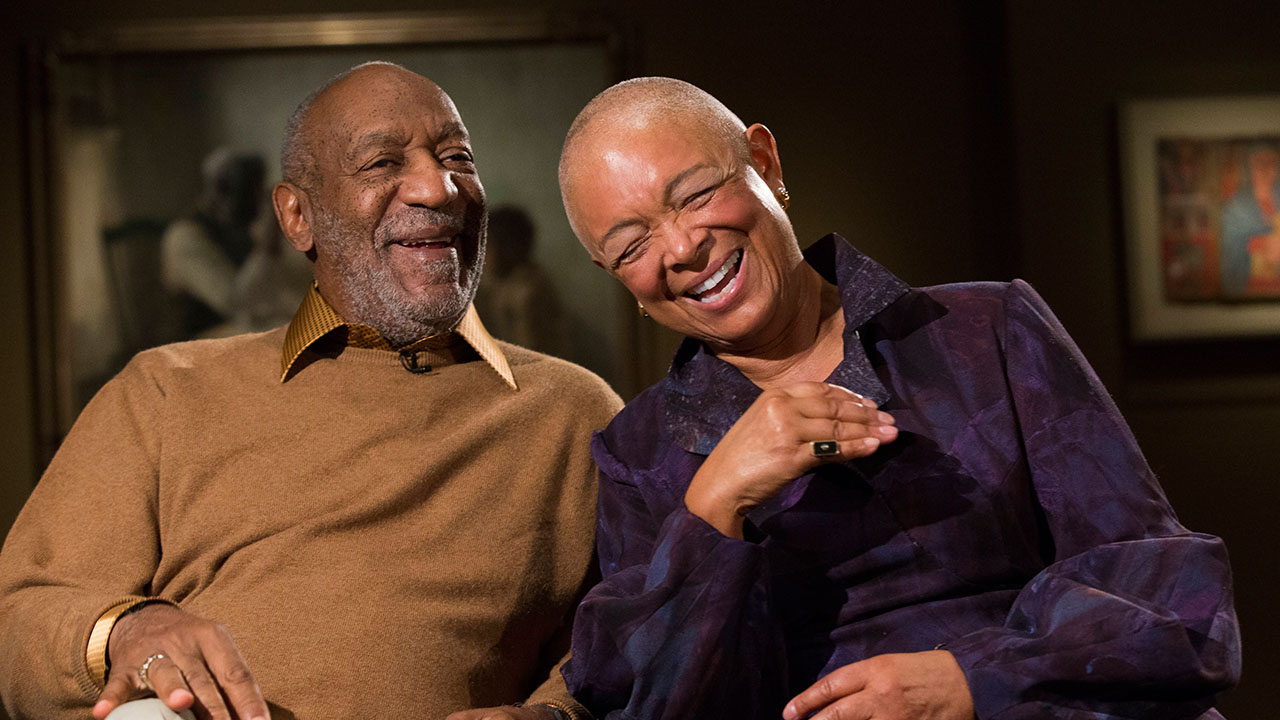 Cosby’s wife Camille stood by the comedian as well, issuing a statement in December as well where she positioned her husband as “kind” and “generous” and questioned the media’s publishing of accounts from women whose backgrounds hadn’t been vetted. Yet in 2015 more women came forth with charges of sexual assault, with there being ultimately dozens of other accusers with allegations of misconduct. Several women, including Dickinson, also filed defamation lawsuits against Cosby.

Although more than 50 women came forward with claims that the legendary comedian and actor had sexually violated and/or drugged them, Cosby managed to fend off the accusations. However, on December 30, 2015, a warrant was issued for Cosby’s arrest for the alleged drugging and sexual assault of Andrea Constand in January 2004, a month shy of when the statute of limitations to file legal action would have expired.

On May 24, 2016, a judge in Pennsylvania determined there was enough evidence for the sexual assault case to proceed with a criminal trial. Following pretrial hearings in December, the trial was scheduled to begin the following spring, with Cosby facing a prison sentence of up to 30 years over three counts of aggravated indecent assault.

With his retrial scheduled to begin in April 2018, Cosby’s team unsuccessfully sought a 90-day delay after the court agreed to allow the testimony of five women who, along with Constand, had accused Cosby of assault. The defense then attempted to replace Judge Steven T. O’Neill, whose wife had donated to a women’s group that planned to rally on behalf of Constand. 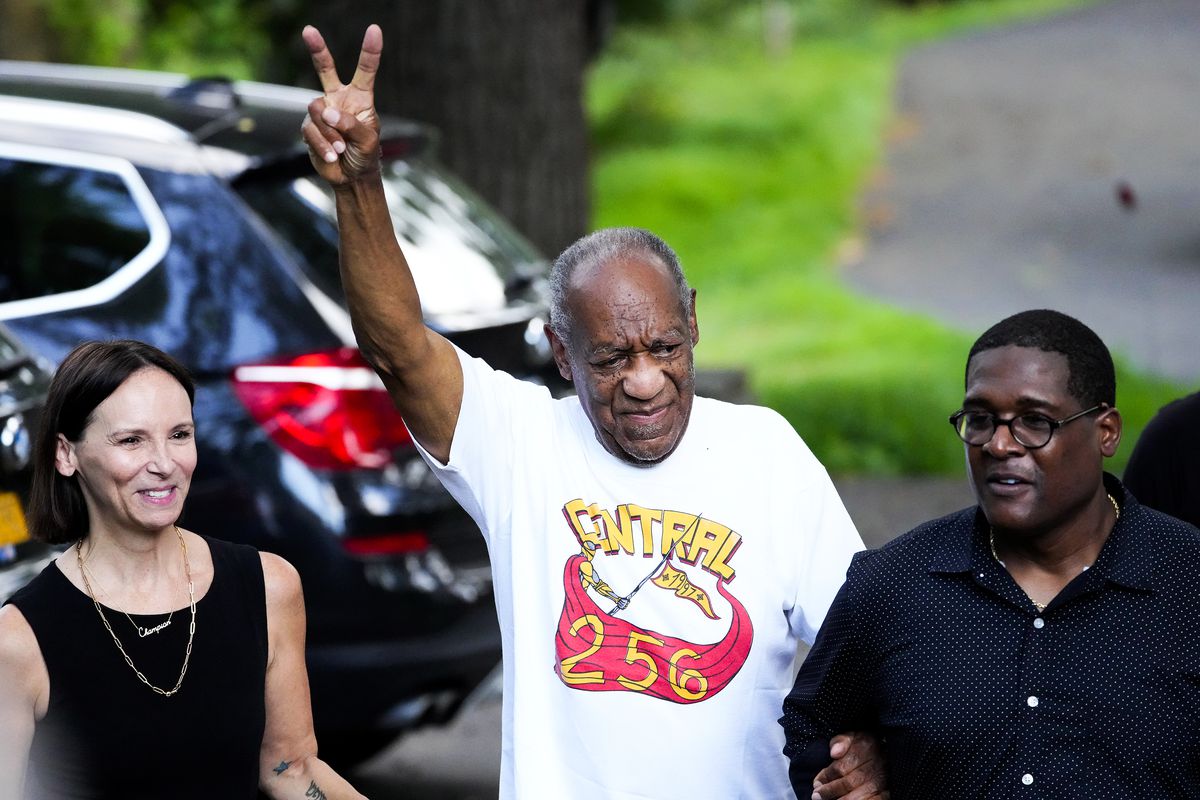 The stunning decision in the case of the man once known as “America’s Dad” reverses the first high-profile celebrity criminal trial of the #MeToo era.
95
SHARES
ShareTweet

I’ve been single for a long time – Hauwa Allahbura