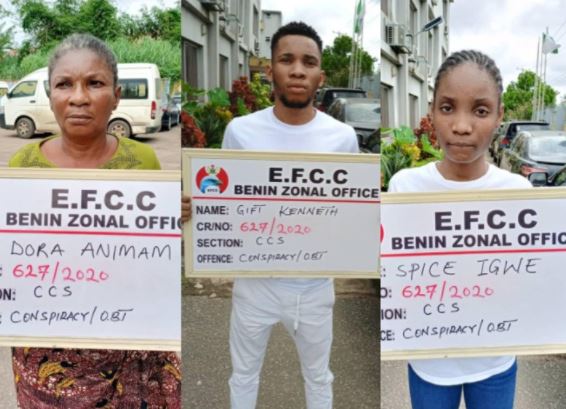 A statement from EFCC says Kenneth, his biological mother, Animam and girlfriend, Igwe were arraigned on one count charge each by the Benin Zonal Office of the Economic and Financial Crimes Commission for offences bordering on impersonation and obtaining by false pretences. They were said to have conspired to defraud an American lady, Lucinda Ann Garnes Henrichson of an aggregate sum of $902,935 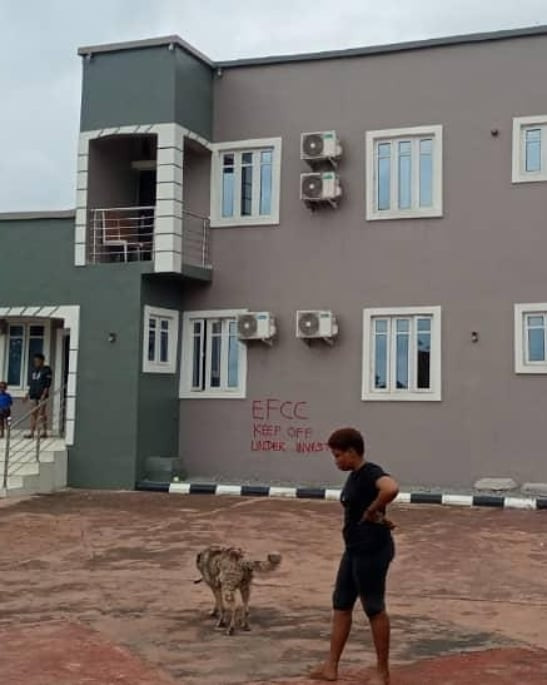 The charge against Gift Kenneth reads:

“that you Gift Kenneth (a.k.a Raymond Carl Eric ) on or about the year 2018 and 2019 at Agbor within the jurisdiction of this Honourable Court did fraudulently impersonate the identity of one Raymond Carl Eric by which you propose an Infrastructural Investment Project to one Lucinda Ann Garnes Henrichson living in Texas, United States of America and thereby induced her to transfer the aggregate sum of $ 902,935 through various third parties’ ( Shuaibu Abdullahi and Dora Animam ) Bank accounts which representation you knew to be false and thereby committed an offence contrary to section 22 (2)(b)(ii) of the Cybercrime ( Prohibition and Prevention, Etc ) Act 2015 and punishable under section 22 (2)(b)(IV) of the same Act”.

The charge against Dora Animam reads

“that you Dora Animam on or about the year 2018 and 2019 at Agbor within the jurisdiction of this Honourable Court did aid Gift Kenneth ( a.k.a Raymond Carl Eric ) with your Diamond Bank account Number: 0097188910 and Access Bank account Number: 00928225267 to receive an aggregate sum of $166,000 from one Lucinda Ann Garnes Henrichson living in Texas and N27,000,000, from Lucinda Ann Garnes Henrichson and Shuaibu Abdullahi respectively being part of the fund transferred by Lucinda Ann Garnes Henrichson for your fraudulent proposed Infrastructural Investment Project and thereby committed an offence contrary to section 27(1)(b) and 22(2)(b)(ii) of the Cybercrime ( Prohibition Prevention, Etc) Act 2015 and punishable under section 22 (2)(b)(IV) of the same Act”.

Upon arraignment, they all pleaded guilty to the charge. 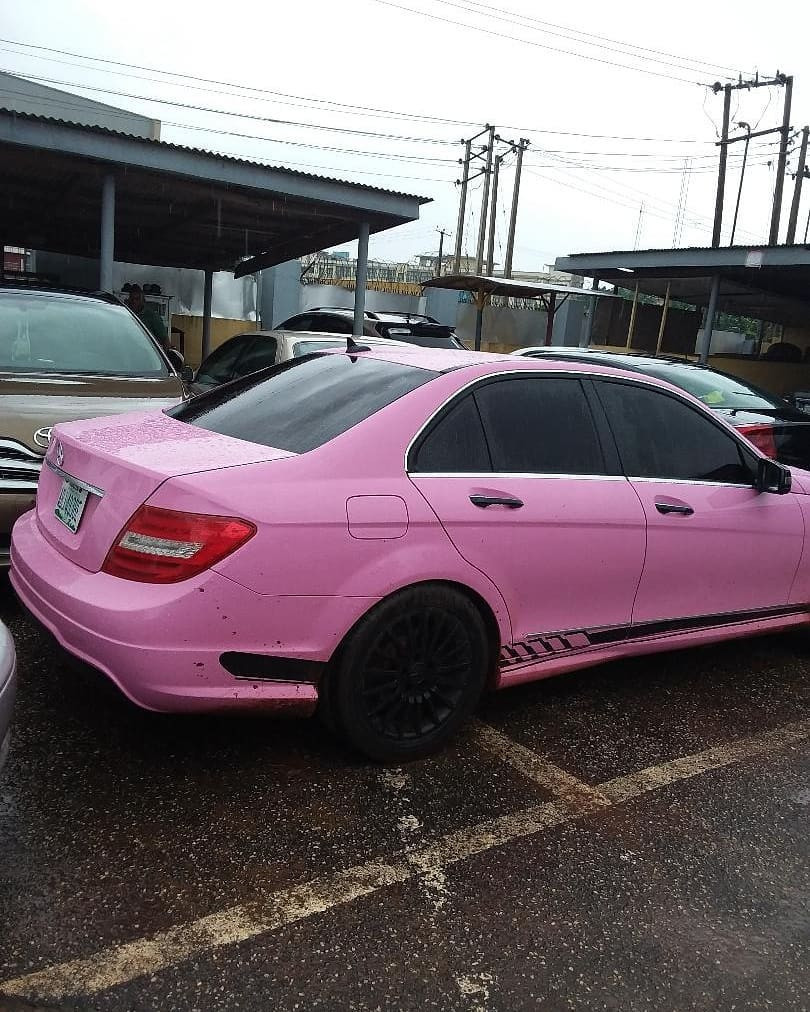 In view of their pleas, prosecution counsel, Francis. A.Jirbo prayed the court to convict and sentence the defendants accordingly.

The Court also ordered all items recovered during the investigation which included Mercedes Benz CL250, Mercedes Benz 300, iPhone I1 Promax, iPhone XX Max, Apple Mac book Pro, 2 Apple Mac book, N4, 000,000 found in his account, Twin 4 bedroom uncompleted duplex in Asaba, the cash sum of N4, 000,000 found on him and $ 4,255 recovered from his contractor, forfeited and restituted to the victim through the American Embassy. 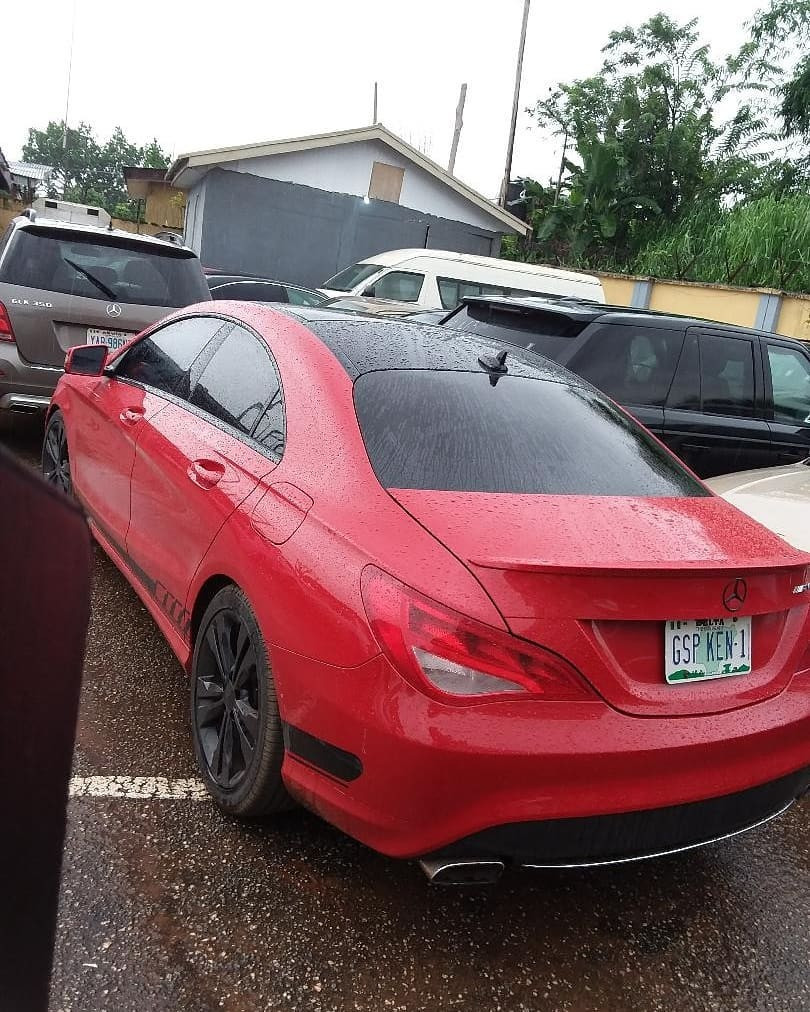 From Jan, only vehicles inspected at test centres will get road...