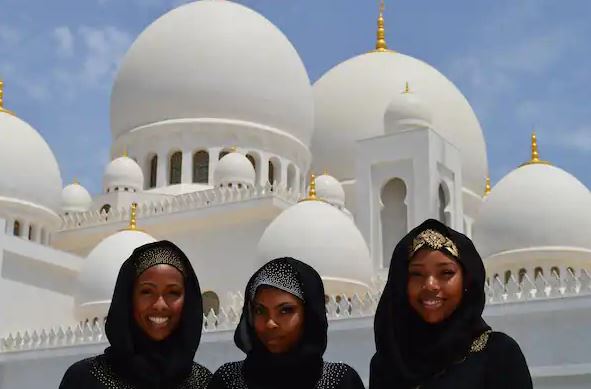 About half of the Nigerian population are Muslims, and they dominate the northern region of the country. Nigeria is also ranked 5th among nations with the highest number of Muslims in the world. So, when is Eid al-Adha 2021? What do Muslims celebrate during the event?

The festival is also known as Eid-el-Kabir and referred to as the Feast of Sacrifice. It is celebrated to commemorate Prophet Ibrahim’s (Abraham) willingness to sacrifice everything for Allah (God), including his son Ishmael (Ismail or Ismael). Expect widespread celebrations in Nigeria, having in mind the vast number of Muslims in the West African country. So, what is the date and time for the event? How long does the festival last?

The dates and time of the celebration vary from year to year as well as between countries. The Eid al-Adha 2021 Nigeria festival is set to begin on Tuesday, 20 July 2021 in Nigeria and 67 other countries in the world. About 11 other different countries will commence the festivities on the evening of Monday, 19 July 2021. Eid al-Adha falls on the 10th day of Dhu al-Hijjah and usually lasts for four days. Dhu al-Hijjah is also the twelfth and final month in the Islamic calendar. In Nigeria, Eid al-Adha is one of the national holidays observed annually. Generally, schools and most businesses close during this time as people gather to commemorate the event.

What happens during the festival?

To understand the importance and scheduling of Eid al-Adha, you need to know what happens during the festival and how Muslims celebrate it. In Nigeria, one of the most popular activities associated with the holy festive is the Durbar in the northern city of Kano.

The Durbar festival features a procession of horse riders dressed in ornaments, the Emirs adorning ceremonial robes, muscle-bound wrestlers and lute players in headdresses. It is a common tradition in Kano, Katsina, and Zaria. If there is the best time to tour Nigeria, it is the Eid al-Adha season. There are many things you will learn and enjoy about the country’s culture and history during the four days of the celebration. Like any other religious occasions, there are also some observances followed during the ceremony by the Muslims.

Another common tradition is sacrificing animals, like a cow or ram, to symbolize Abraham’s act of faith. In some countries, families or friends may come together for the cremony. Eid al-Adha does not end without some charity. Muslims use this period to give money, food or clothes to the needy and poor in the local community and around the world.

Who is allowed to observe the festival?

Perhaps you may be asking whether there Christians are allowed to join in the celebration, or if there are specific Muslim groups barred from the ceremony. All Muslims are expected to take part in the festival. They can also share the Eid al-Adha festival with non-Muslims in many ways, including inviting people over for the celebration and sharing food. You may consider visiting Nigeria during the Eid al-Adha 2021 Nigeria festival to enjoy the festive experience in the country. From meals to culture and the decorations, you will love everything about the nation and this unique festival.