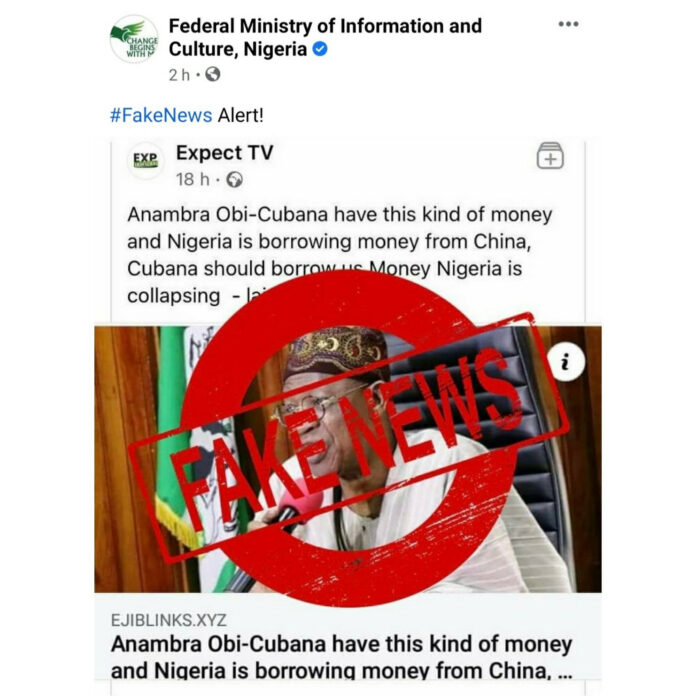 The Federal government has denied reports claiming it was considering borrowing money from businessman, Obi Cubana.

Cubana hosted a talk of the nation funeral for his mum last Thursday and Friday. From the affluence displayed at the funeral, an online media posted an article suggesting that Lai Mohammed, Minister of Information,  had said that Cubana has such money and Nigeria is still going to China for loan.

The Ministry of Information via its Facebook page today July 18, denied the report and described it as “fake news”.