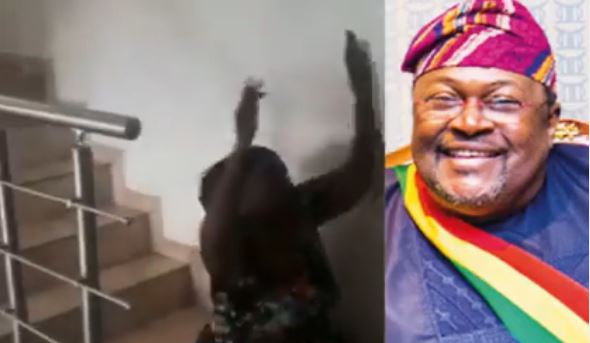 Former mistress of Dr. Mike Adenuga (mistress of over 27 years and also personal secretary for over 30 years), Nora Olumide, cries out as EFCC tried to evict her.

Adenuga accused her of filching money belonging to Worldspan Holdings (One of Mike Adenuga’s companies) to the tune of $300,000 which was meant to be transferred to a Conoil account, but Ms Johnson instead transferred the funds to a different account in China for her benefits.

Ms Johnson was also accused of methodically stealing “various currencies in naira and foreign currencies in the total equivalent of $350,000” between 2018 and 2020.

Nora lamented in the video that she had sacrificed her life for him, no husband or kids and pleaded that he should leave her alone.