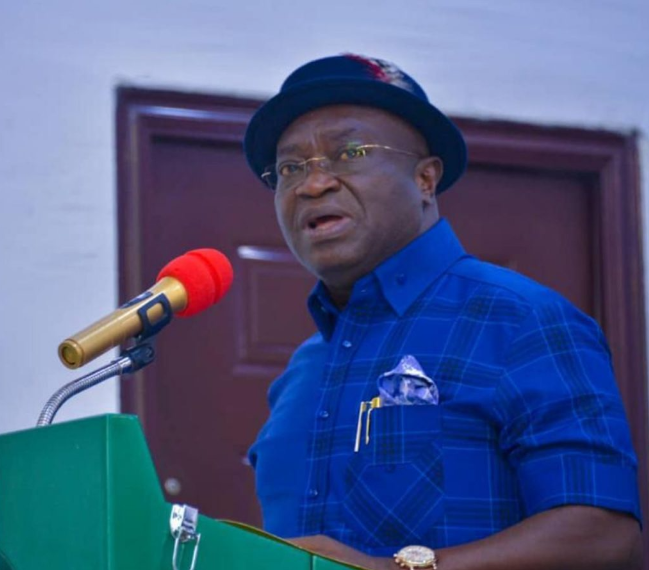 Abia State Governor, Okezie Ikpeazu has revealed that he lives in a 3-bedroom apartment in Aba, Abia state, and he explained why this is so.

Speaking to journalists on Monday, July 26, Ikpeazu said he chose to live in a 3-bedroom in Aba, away from the Government House in Umuahia, because he wants to live among his people and get used to life outside power.

He said: “I have spent time in my lodge in Aba. It is a three-bedroom apartment. I don’t know how many governors can reside in this kind of place.

“I won’t take myself too far away from how I live my life. I will work hard to the point that somebody coming after me will find it difficult to operate unless he is running on this same lane.”

Ikpeazu also addressed the subject of who will succeed him in 2023. He said that can only be decided by God.

He explained that nobody believed he would become governor in 2015 but God surprised everyone.

He added that he hopes that any individual who will succeed him would build on his legacies and subsequently perform better than him.

He said: “But every man in my position will pray to get a successor who will sustain his legacies and mean well for the people of the state and also do better than he has done.”

Corrupt INEC Officials In Oyo State Will Be Prosecuted’ – Mutiu...