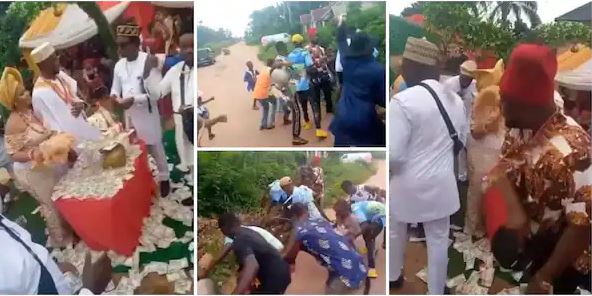 A man’s friends have caused a huge stir on social media with their display at his wedding ceremony. Scenes from a video of a traditional wedding which was said to have held at Orlu LGA in Imo State captured big boys making cash rain on the couple.

In the Instagram video shared by @instablog9ja, friends of the groom turned to guests as they stoned them with wads of cash.

A few others took to a nearby bush with a small number of persons following them as they threw cash into it too.

@kemmykush_imo wrote: “Too much of kanayo o kanayo n co movies is worrying me..was watching this with their soundtrack.”

@gfreezle commented: “Bush you must sha suffer to get this money, even free money na for bush you go pick am.”

@topman_tech remarked: “Congratulations to the couple, more wins!!! “Also , You and I reading this, lots of congratulations will be ours before the end of the year.”

@thegriiimreaper1 thought: “Some of these ones when their siblings ask them for school fees they ll say they don’t have.” 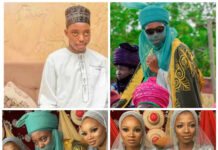 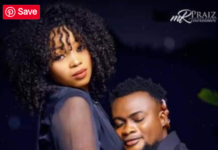 Nigerian Couple Wed Without Friends In Attendance Because Of Coronavirus