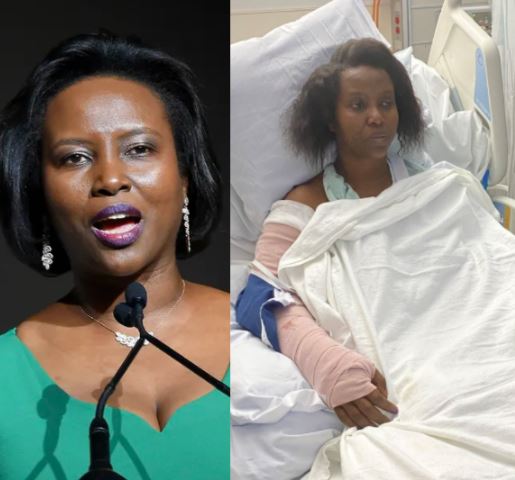 Haiti First Lady Martine Moïse has shared photos of herself on her hospital bed, where she’s been recovering since the July 7 assassination of her husband, President Jovenel Moïse.

First Lady Martine Moïse was shot at least three times during an attack at their home that left her husband, the President, dead.

Taking to Twitter, the First Lady shared photos from the hospital as she mourned the shocking and tragic loss of her husband of 25 years.

Her message, translated to English, reads: “Thank you to everyone who’s helping me pray to return to life. Because when you’re hospitalized your life is God’s hands and doctors. Me, Martine Moïse, I still don’t believe that my husband left like this before my eyes without saying a last word to me. This pain will never pass.” 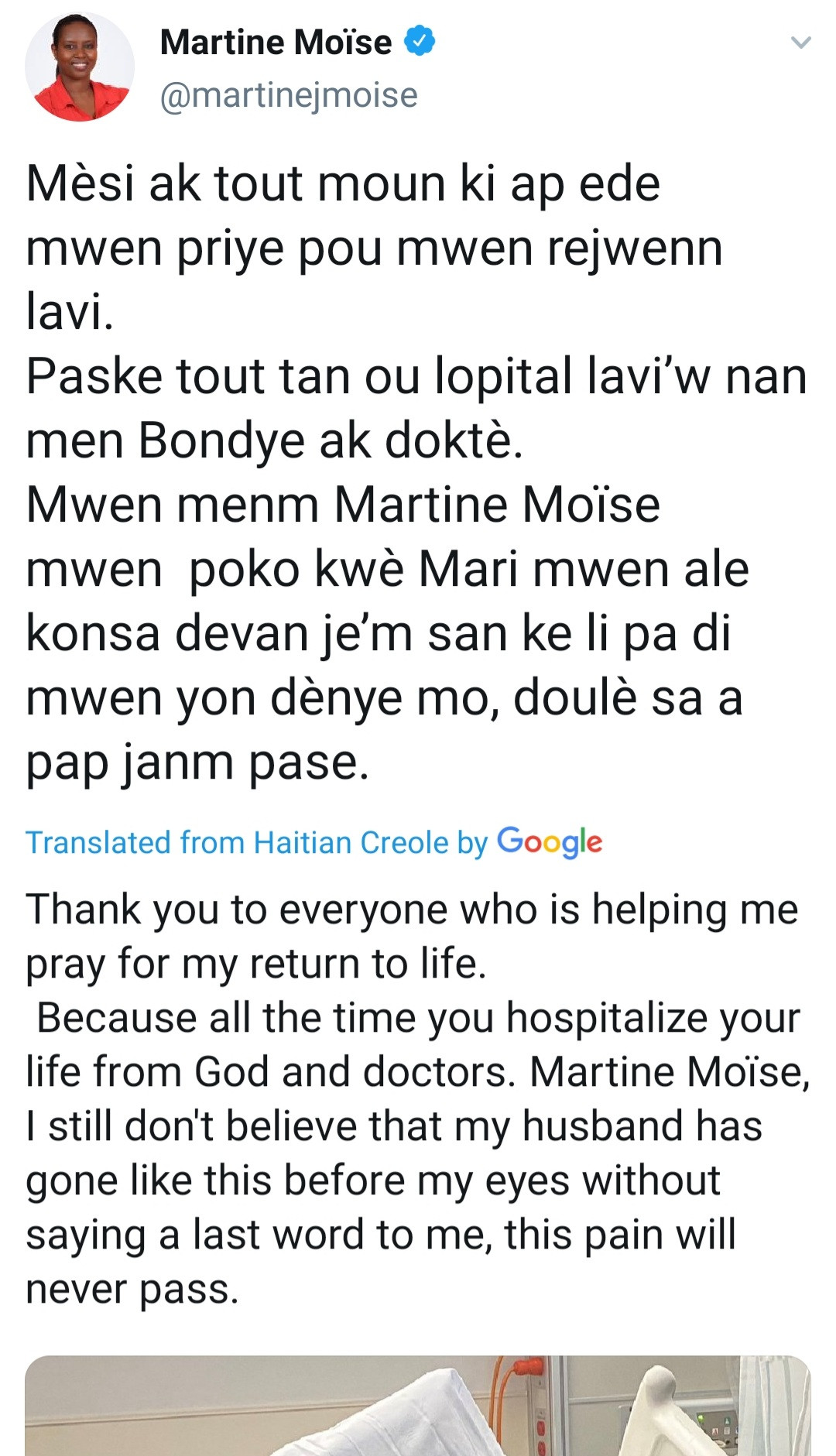 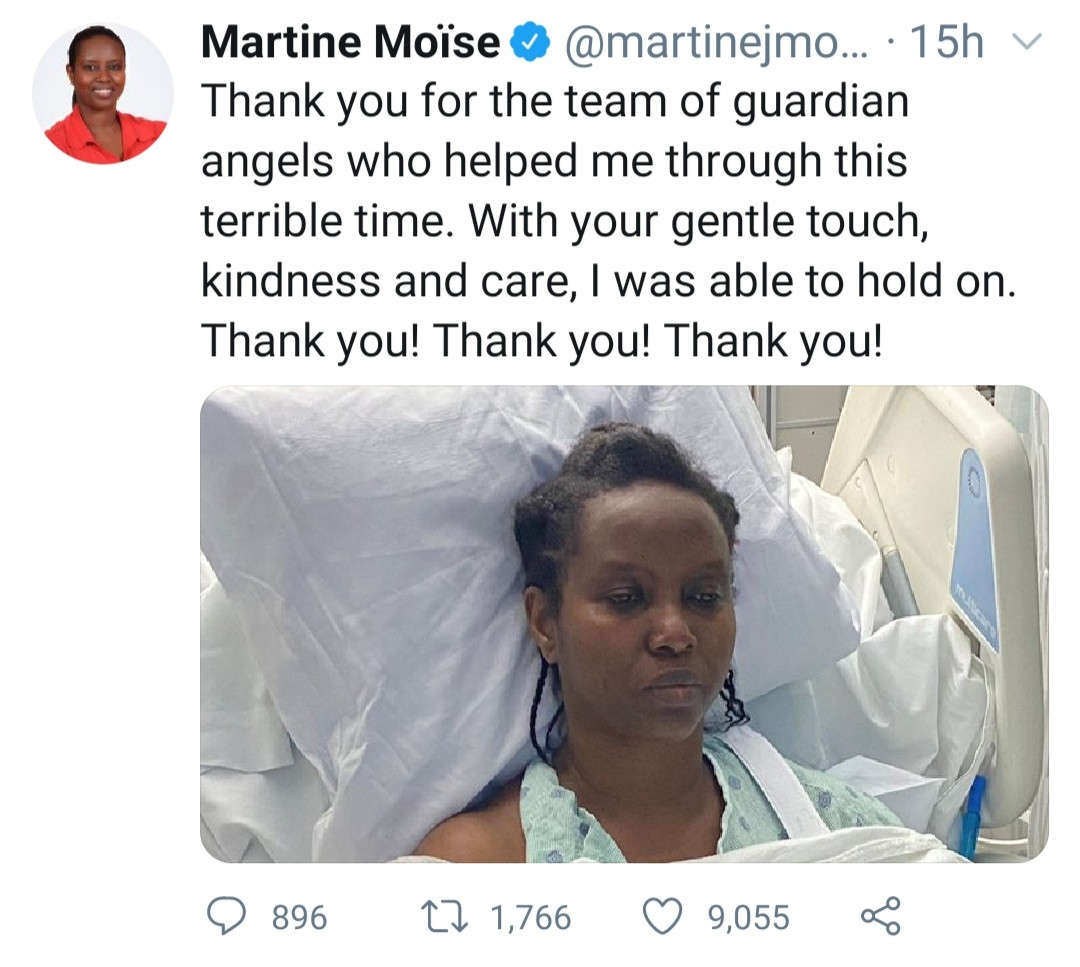 Haitian police arrested a 63-year-old man named Christian Emmanuel Sanon on Sunday, July 11, who is believed to be the mastermind behind the overnight attack. Authorities say Sanon is a Florida resident but traveled to Haiti on a private plane back in June. They believe he had political motives to assassinate the president.