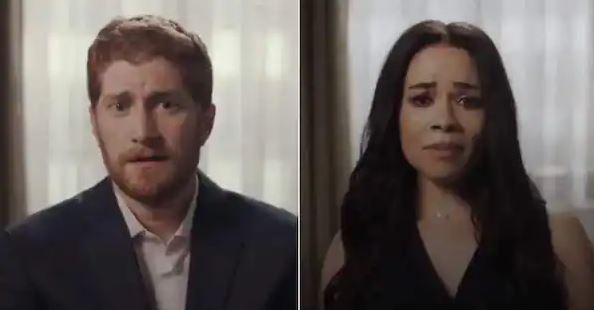 A film about Meghan and Prince Harry has sparked widespread ridicule after a trailer was released. The film, which appears to be called Harry & Meghan: Escaping the Palace, is the brainchild of Lifetime TV in close collaboration with the Duke and Duchess of Sussex.

Heading to its Instagram account, @lifetimetv posted the controversial movie trailer. The film, titled Harry & Meghan: Escaping the Palace, documents the couple’s gruelling choice to quite their royal duties and move to America last year.

The new trailer shows actress Sydney Morton as Meghan questioning whether she “made the world’s biggest mistake”, while actor Jordan Dean as Harry declares that he will “do everything in his power to keep his wife and son safe”.

The tell-all production has stirred up a lot of criticism online. Many social media users have questioned the factualness of the film, wondering if Harry and Meghan are making a share of the film’s profits. Still, others just found the whole movie laughable.

Check out some of the passionate comments below: @Canzaus_Kid said:

“Oh sh*ite, is this the comedy of the year and flop of the century.”

@Huriye said: “No, they were kicked out! Get it right! Laughable production. How much are they getting for this pile of cr*ap?”

@LordofTendons said: “The only thing that could improve this would be wildland piranhas chasing them across the US until they reach LA where that chick from Sharknado saves them and takes them to Oracle Winfrey and the Land of Money.”

@Maya0209 said: “The sequel will be about those two crawling to go back into the RF, it’s already on development.”

@Shannon77811144 said: “Omg, I feel like I’m watching a ‘Saturday Night Live’ skit. This is so cheesy and unreal. But that IS how M&H see themselves, lolol!”