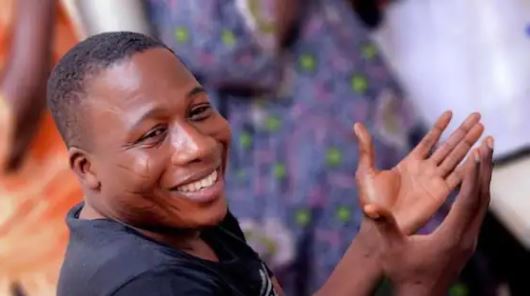 Details as to how the Yoruba secessionists Sunday Adeyemo (popularly called Igboho) was arrested by security operatives are now in the public domain. In a statement released on Tuesday, July 20, Igboho’s lawyer, Yomi Alliyu (SAN) disclosed that his client was trying to catch a flight to Germany with his German wife when operatives of Interpol tracked and arrested them.

Alliyu said the arrest was done in Benin Republic, a neighbouring African country to Nigeria, Punch reports. The lawyer referred to Igboho’s arrest as both shocking and unjust, adding that the German government alongside the international community should rise against this. His statement read in part:

“…rise up and curb the impunity of the Nigerian Government by refusing any application for extradition of our client who already has application before the International Criminal Court duly acknowledged”. He argued that according to the extradition treaty of 1984 among Nigeria, Togo Benin and Ghana, persons like Igboho are excluded.

The Nation quotes more of the statement:

“The Extradition Treaty of 1984 between Togo, Nigeria, Ghana and Republic of Benin excluded political fugitives. It also states that where the fugitive will not get justice because of discrimination and/or undue delay in prosecution the host country should not release the fugitive.”

Earlier it was reported that Igboho had been arrested. He was captured at an airport in Cotonou, Benin Republic, one of Nigeria’s neighbouring countries in the West African sub-region, on Monday night.