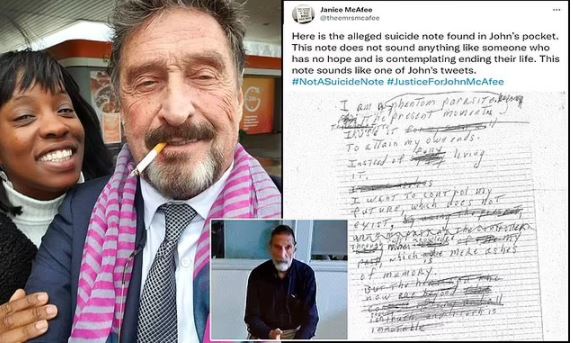 The widow of deceased antivirus pioneer John McAfee, has released the alleged suicide note of her late husband in a post on Twitter Tuesday.

‘Here is the alleged suicide note found in John’s pocket,’ Janice tweeted. ‘This note does not sound anything like someone who has no hope and is contemplating ending their life. This note sounds like one of John’s tweets. #NotASuicideNote #JusticeForJohnMcAfee.’ 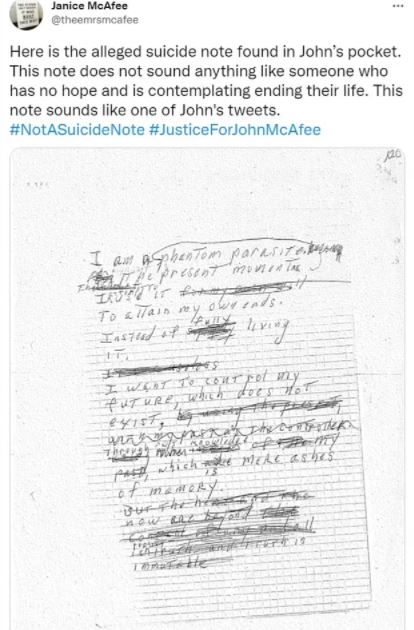 Janice, who married the software entrepreneur in 2013, said she did not believe John was behind the note and that the handwriting was not a match.

‘The handwriting is suspect & I doubt the authenticity of the note,’ she tweeted.

‘It reads more like someone trying to imitate John’s style of tweeting. And if this note was found in his pocket where are the markings of the note being folded into his pocket? #NotASuicideNote #JustForJohnMcAfee.’

Prison wardens found the body of the tech mogul hanging in his cell in June, in what appeared to be a suicide, his lawyer Javier Villalba said. 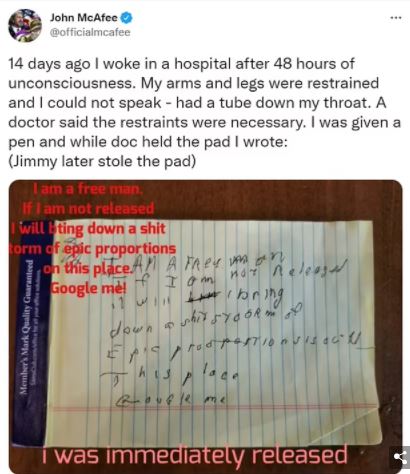 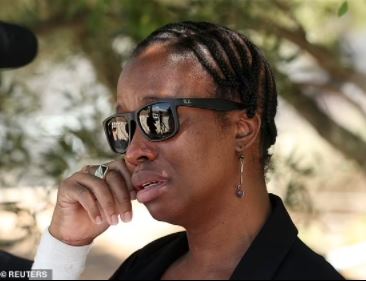 Although Spanish officials stated John’s death was self-inflicted, Janice (pictured) has continuously argued her husband was not suicidal 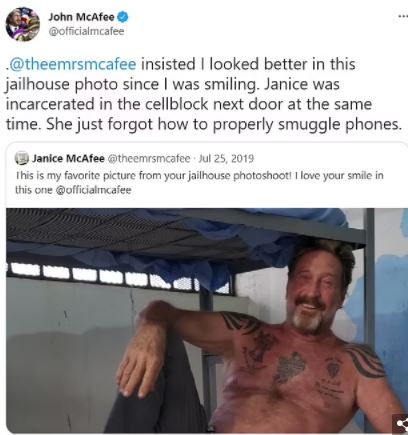 An official autopsy has confirmed McAfee (pictured) died by suicide in a Spanish prison cell where he was awaiting extradition to the U.S.