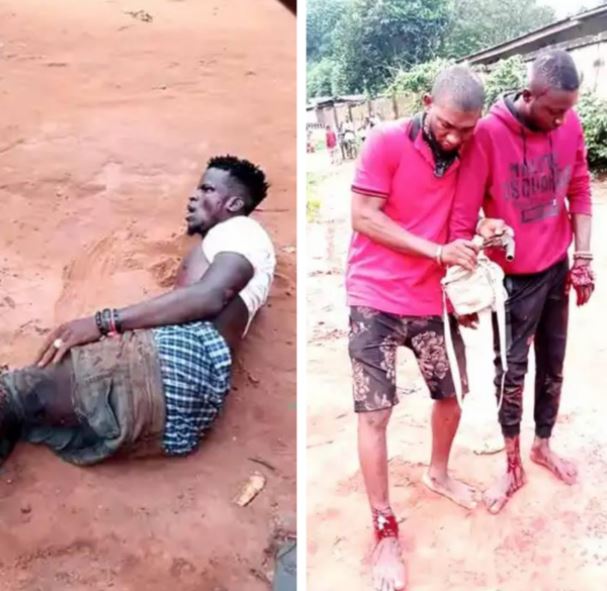 The Imo State Commissioner of Police, CP Abutu Yaro, has condemned the jungle justice meted to three men suspected to be robbers.

The suspected robbers were caught in the act, beaten to stupor and burnt alive by irate members of Orlu community in Orlu Local Government Area of the state on Saturday, July 24.

It was gathered that the suspects allegedy sneaked into the community to rob when they were nabbed and shot on the legs which prevented them from escaping before being burnt alive.

The suspects were forced to make confessions especially on the mission they just carried out, which they reportedly said was successful.

Reacting to the incident on Saturday, CP Abutu Yaro, described the mob action as barbaric and advised members of communities to hand suspects over to the police instead of taking laws into their hands.

“On 24/7/2021 at about 0630 hours, the inhabitants of Owarri Ibiri caught in the act, three armed robbers while robbing some traders yet to be identified. It is believed that, they are the ones that has been terrorising the community using unmarked motorcycle to rob innocent people, especially traders along Owerri Orlu Road, Imo State,” the CP stated in a statement signed by the command’s spokesperson, CSP Michael Abattam. 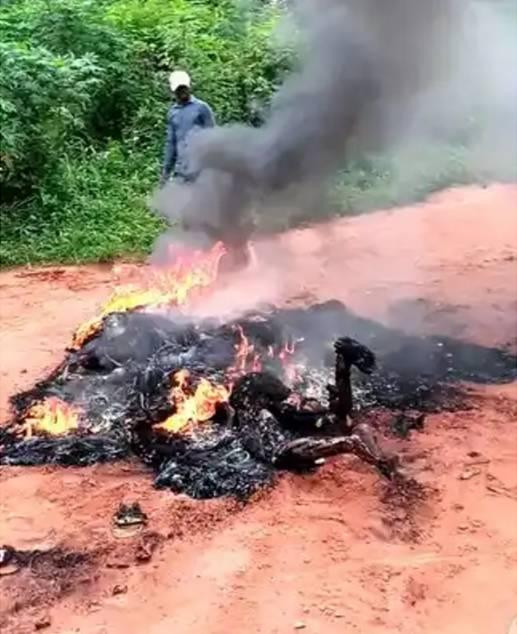 “The Commissioner of Police Imo State Command, CP Abutu Yaro, fdc, while condemning the barbaric act, advised members of the public and communities alike to always hand over suspects to the police for proper investigation and prosecution instead of taking the laws into their hands.

“He then, set up an investigating team from the State Criminal Investigation Department of the command to investigate the cause and possible ways to prevent in future mob actions in the State.” the statement read.

Aisha Buhari Allegedly Says No Girl Should Be Married Before Age...