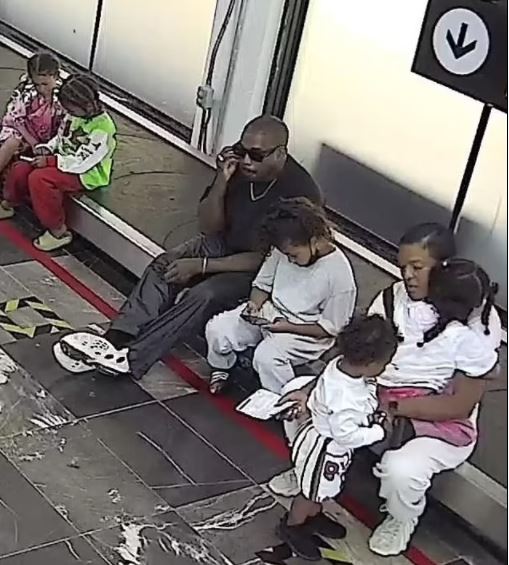 Kanye West looked every inch the doting dad as he cuddled his eldest daughter North, eight, at Mexico Airport on Wednesday.

The rapper, 44, was on daddy duty as he sat with North, son Saint, five, daughter Chicago. three, and Psalm, two, on a ledge in the terminal ahead of the flight back to Los Angeles.

It comes as Kanye’s estranged wife Kim Kardashian put on a fashionable display in Rome as she headed out in a barely-there white bralet and a tiny miniskirt on Thursday. 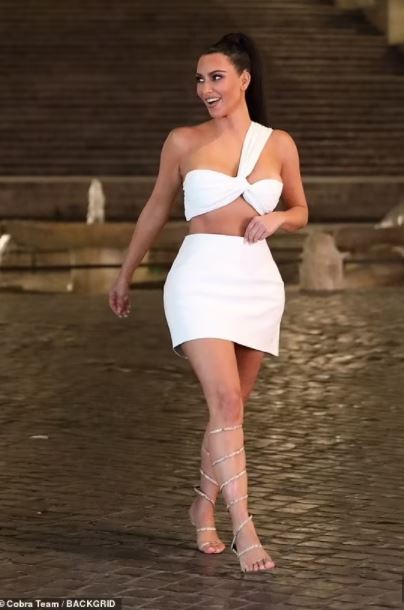 Kanye, who is said to have moved on with model Irina Shayk, 35, cut a casual figure in a black T-shirt and trousers.

He appeared to have handed North his phone so as to keep her entertained while they waited. The youngster was clad in a light grey tracksuit and wore a black face mask under her chin.

Saint, meanwhile looked effortlessly cool in a green T-shirt and red trousers, while a nanny helped looked after the other children. 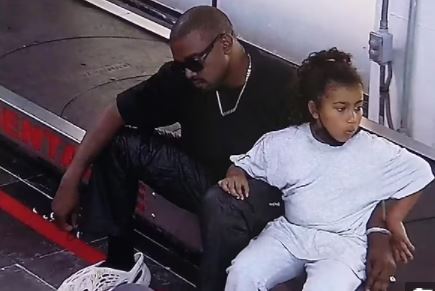 ‘She also knows how hard it is to build trust with someone so she thinks it’s going to take time before letting someone into her private life. It was easy with Kanye because they were friends before so they had years’ worth of trust,’ the source explained.

The insider also continued to dish on Kanye’s blossoming relationship with Russian supermodel Irina Shayk, 35, saying that the SKIMS founder ‘did not think’ the rapper would ‘move on’ before she did.

‘She certainly did not think that Kanye would move on with someone else before her,’ the insider noted.

Would You Rock Dencia’s Outfit?