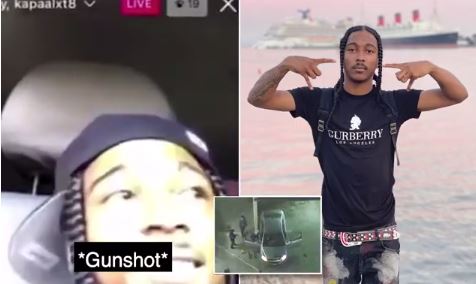 A Los Angeles rapper was shot dead in his car in a brazen daylight attack last week while he was live-streaming on Instagram in what police believe was a gang-related killing.

Zerail Rivera, who went by the name Indian Red Boy, was murdered in Hawthorne on July 8 at about 4.10pm while speaking to a friend on Instagram from inside his car.

The disturbing video, which is being shared widely online, shows the 21-year-old smiling and laughing with his friend as the gunman approached his window.

Rivera could be seen glancing out the window just as the gunshots started to ring out.

He could be seen trying to cover his head with his arms as at least 12 shots were fired.

His friend, social media influencer Kapone, can be heard saying: ‘What the f**k? Bro, what the f**k? Where you at?’ 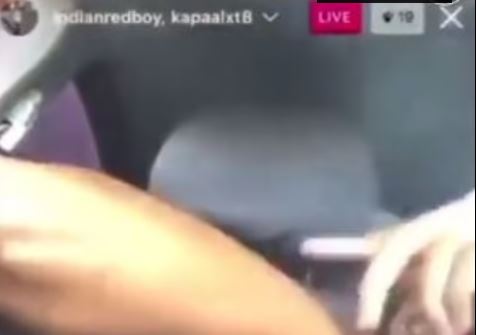 A bloodied Rivera could be seen mouthing ‘help’ repeatedly to the camera before whispering ‘I’m in Hawthorne’.

He dropped his camera seconds later and the live-stream ended.

Police responding to reports of the shooting found Rivera ‘slumped in the front seat’.

He had been shot multiple times and was pronounced dead at the scene.

At the time, Rivera had been parked at the rear of a multi-story, gated apartment complex at the 14100 block of Chadron Avenue. 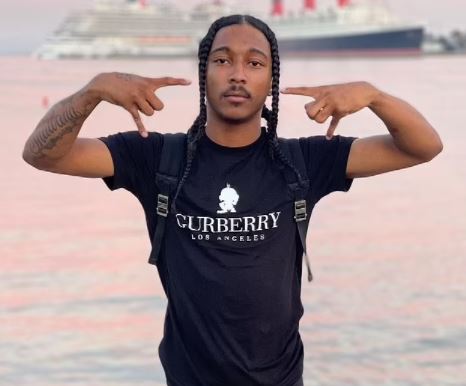 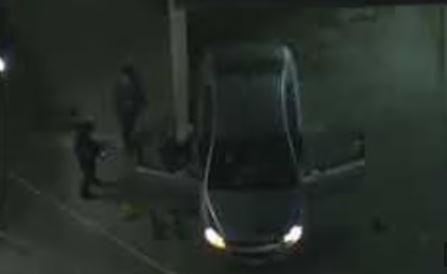 Police are still reviewing surveillance video from the area but they believe it was a walk-up shooting and that Rivera was targeted. His car is pictured above as police investigated