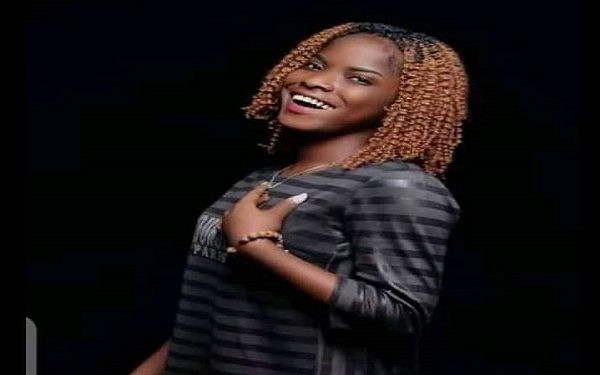 The decomposing corpse of an unidentified lady has been found around the popular Federal University Junction axis of the East-West Road in Delta state.

The corpse was discovered inside a drainage connected to nearby Agbarho River. According to an eyewitness, the lady appeared to have been killed before she was dumped in the drain.

Another witness claimed she may have been knocked down by a vehicle. The deceased was seen lying face down in the drain.

In a related development, a young lady identified as Stephanie Solomon, pictured above, has been reported missing in Okumagba Avenue area of Warri South council area. Stephanie was reportedly last seen after close of work on Monday July 19 from a plaza close to Total filling station at the Okumagbe Estate Roundabout.

One of her friends simply identified as Godwin told The Nation that she is believed to have boarded a tricycle from her place of work but never made it home. He said she usually closes from her work place, a law firm, around 4pm. He stated that the matter had been reported at the ‘B’ Division police station in Warri,

According to him, Stephanie, 21 “is a “calm and easy-going person. I have known her since 2017 during her NCE programme in College of Education, Warri. She is not the kind of person that will just go out like that, so everybody is worried”.

Confirming the incident of the deceased lady, the acting spokesperson of the state police command, Bright Edafe, said it is suspected to be a hit-and-run incident.

“It is suspected to be a case of hit-and-run. The corpse is already decomposing, so we have contacted the local government authorities, while investigation is ongoing”.

Another Attack On Falae’s Farm May Lead To Crisis – Akure...