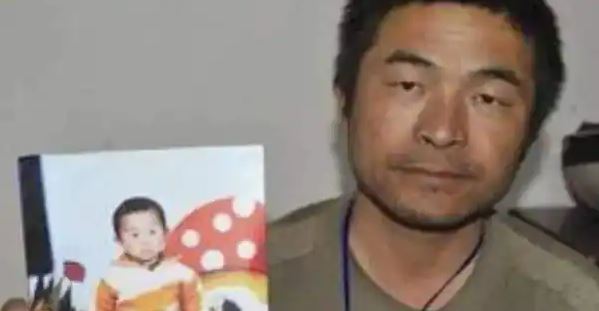 Chinese man identified as Guo Gangtang has breathed a sigh of relief after reuniting with his son who disappeared about 24 years ago.

According to a report by the BBC, Gangtang’s son had been snatched aged two in front of their home in the province of Shandong.

It is said that the son was taken to the neighbouring Henan province and sold there by the kidnappers. China’s Ministry of Public Security has revealed that the police were able to trace the son’s identity using DNA testing.

Gangtang and his wife cried and hugged their son when they were reunited in Liaocheng, Shandong. “My baby, you came back,” cried the mother. Gangtang told reporters that he believes life will be better now that the child has been found.

Fox 19 reported that his search came to an end this year when he landed on his adoption records and started a frantic search for the woman who gave birth to him.

The man named Trevor revealed: “I attached a baby picture, put on the title of the email my birthday, then sent her the email. I just figured, if this is her real e-mail and she sees the picture and birthday, she’ll know it’s me.” The e-mail was able to reach April Landrum, the woman Trevor had searched for all those years. Landrum expressed that she jumped out of her seat when she received the e-mail.

Hundreds of students protest in UNIBEN over ASUU strike