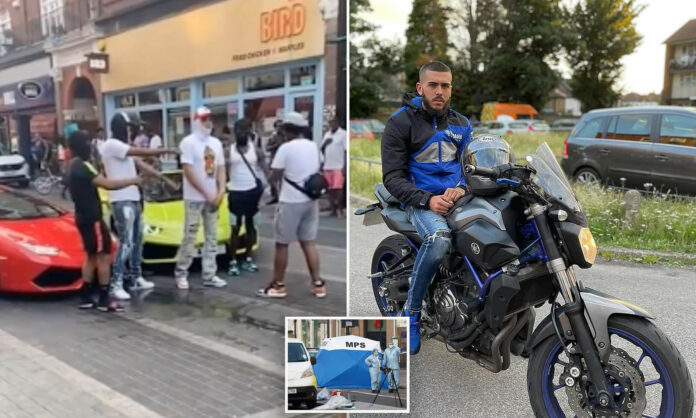 A man was fatally stabbed while filming a music video near Brixton Tube station in south London.

The victim,  Shane Jerome, who was aged in his early 20s, was pronounced dead at the scene at around 8:45 pm on Wednesday.

Mr Jerome, 23, was pronounced dead at the scene on Brixton High Street close to the tube station at around 8.45pm.

Police said a man was arrested nearby on suspicion of causing grievous bodily harm.

A 24-year-old passer-by said: “I didn’t see the stabbing but I saw him take his last breaths. 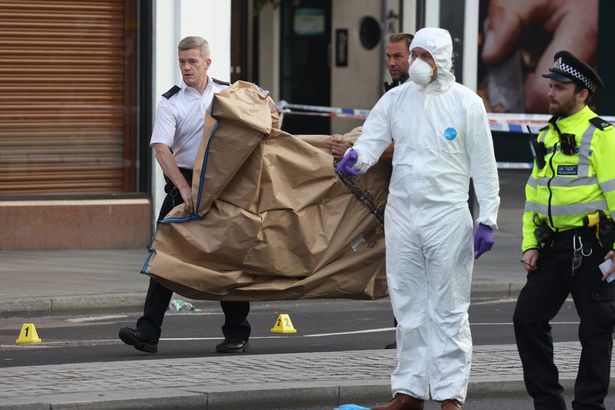 “I saw him on the floor, there were loads of police officers around him. “People around said they were making a music video and an argument broke out out of nowhere and a man produced a machete and stabbed this guy multiple times.

“A girl was slashed as well. They said it was the victim’s girlfriend when she tried to intervene.” The man was immediately provided first aid but was pronounced dead at the scene. Another onlooker told the BBC the incident had involved a number of high-end cars, including a Lamborghini, a Ferrari and a black Range Rover, and two quad bikes.

They said: ‘A convoy of cars and quad bikes suddenly turned on one another, leading to one man being stabbed and others involved in a fist fight before running off on foot and by vehicle.

‘The front of the convoy was a black Range Rover, which had a driver that wore a balaclava, and men sitting in the boot of the car, with the boot door open.

‘The man who was stabbed was lying in the middle of the road, with an ambulance on scene instantly, where the man was receiving CPR right away but looked lifeless. Another man who was wearing a balaclava and ski goggles, accompanied by a woman, ran to the victim screaming.’ 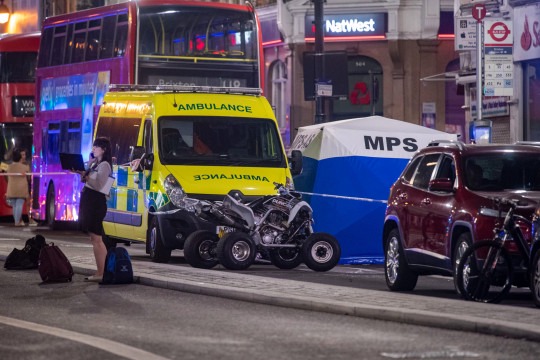 Another eyewitness said: ‘When I came out of the Tube, guys were chasing each other, a motorbike in the middle of the street in front of the red Lamborghini, others throwing stuff at a white girl and a black boy on a quad bike that ended up in traffic lights.’

The Metropolitan Police said yesterday evening: ‘(The victim’s) next of kin have been informed. Formal identification has not taken place and a post-mortem examination will be arranged.’

Detective Chief Inspector Kate Blackburn said: ‘Brixton Road near to the tube station is a busy area of London and there were many people in the street, on buses and in cars yesterday evening.

‘We have spoken to a number of witnesses already and I am asking for anyone who was in the area and who may have seen anything, or have footage on their phone or dashcam, to please contact us. A young man has tragically lost his life in an attack on a busy high street, I am asking anyone with any information to call police via 101 quoting reference Cad 7056/21Jul. To remain anonymous contact Crimestoppers on 0800 555 111.’