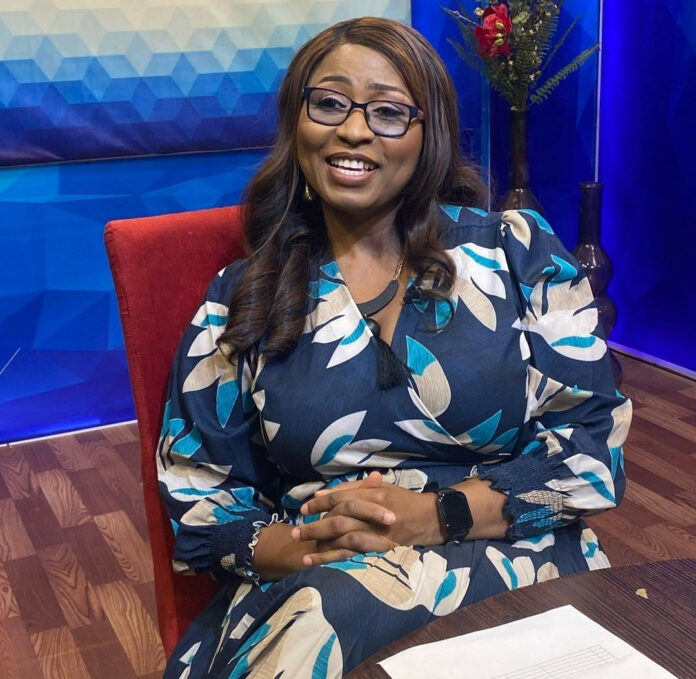 TV host, Morayo Brown, has criticized the pastor who claimed he was sacked by Winners Church for taking the matter to the media.

Recall that a pastor granted an interview where he claimed that he and over 40 other pastors of the Living Faith Church,  aka Winners Chapel, were sacked for not generating enough income in their branches

Responding, Morayo said she has been silent about most of the things happening in Nigeria over the past week but she can’t keep silent about the pastor’s action.

She added that any pastor who claims he was sacked by the church should take his grievance to God, not the media. 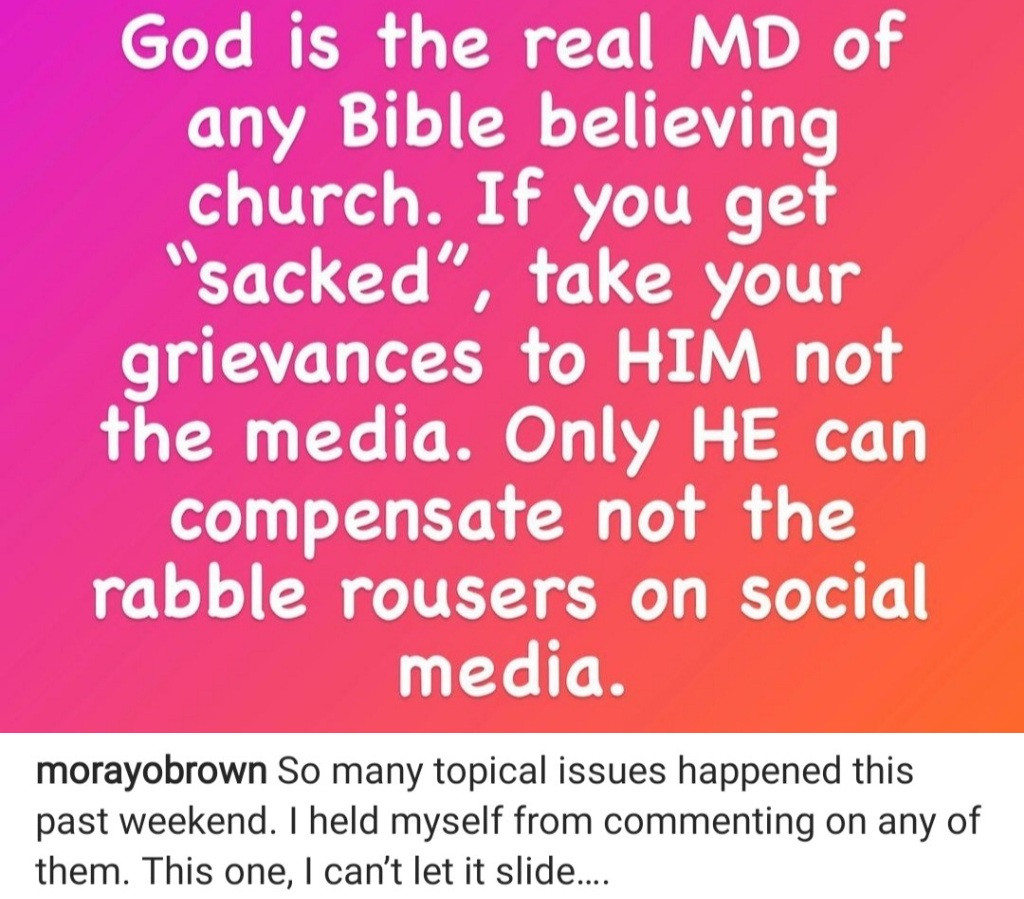