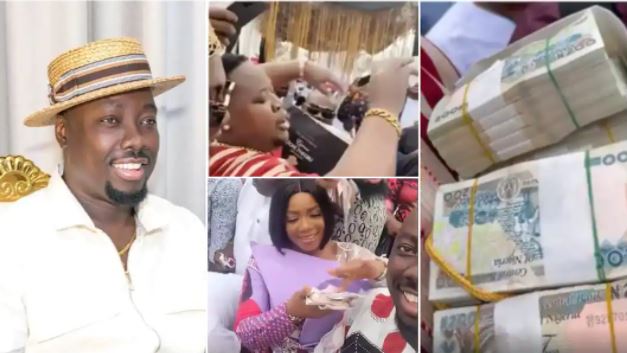 In a BBC Pidgin News interview, Obi Cubana spoke about the heavy spenders at his mother’s funeral whose demonstration of wealth caught people’s attention. The rich businessman said that those who came wanted to show his family love. He revealed that they are rich men who have established sources of income.

Cubana stated that they can spend their money the way they deem fit, suggesting that the guests are rich enough for such a lifestyle. Among other things, the man also said that some of them are people who were his old schoolmates. His video interview has gathered over 73,000 views at the time of writing this report. Watch it below: