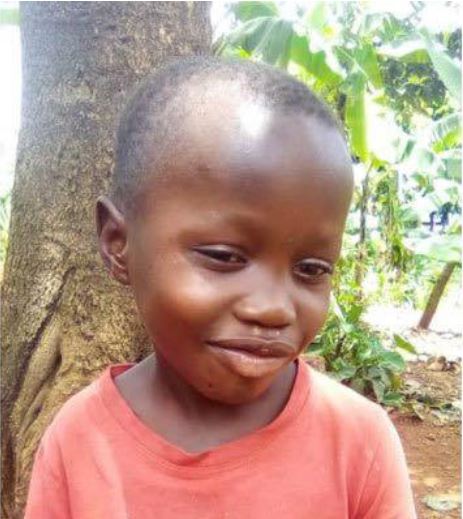 In what will come across as a really heartbreaking development, a 6-year-old boy has been found dead four days after he was abducted in Entebbe Town, Wakiso District, Uganda.

Joram Kato Were’s body was found in a decomposing state by detectives after they arrested the suspected kidnapper who led them to the crime scene on Wednesday, July 7.

“The suspects had demanded Shs4m from the parents of the child as ransom to release him. The parent, Mr Eriya Were, was able to recognize the voice of one suspect,’’ Kampala Metropolitan Police deputy spokesperson Luke Owoyesigyire said.

Mr Owoyesigyire told Daily Monitor that the prime suspect ‘‘admitted to the kidnap and led the detectives to where the victim’s body was.’’

The child’s death has since led to arrests of three other people who police suspect were accomplices in the crime.

“The suspect and three others have been arrested on charges of murder,’’ Owoyesigyire added.

Acording to report, Kato disappeared on July 3, 2021- prompting his father to file a case at Kasenyi Police Station.

On July 5, he (Were’s dad) received a call from a kidnapper demanding for Shs4m, which he didn’t have.

The suspects threatened to kill the child if he either failed to send the money or informed the police about the case.

Kato’s father, Mr Were tipped police about the person he ’strongly’ suspected to have made a call to him- leading to the arrests.

Ugandan Police is urging parents to ensure their children are monitored during lockdown since there are many people looking for all avenues to make money even through illegal means.

“We would like to appeal to the public to remain vigilant about the whereabouts of their kids during this lockdown,” he said.

The remains of the child had been taken to the Kampala City mortuary for post mortem.

Yahoo Boy Arrested While Trying To Kill His Mother For Money...