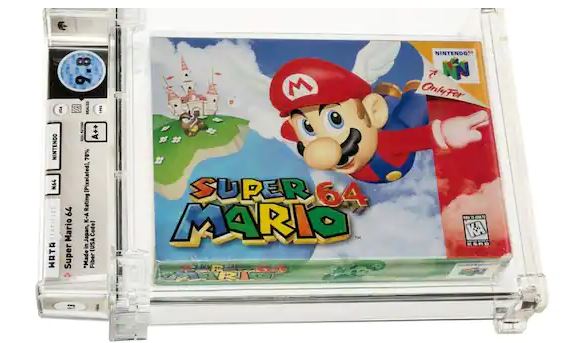 Before the age of social media, then the Super Mario game may have been your thing. It was such a favourite game on consoles that functioned with cartridges. BBC reports that a copy of the Super Mario 64 was auctioned for over $1.5m (615,750,000) at a record-breaking price. The cartridge was made in 1996 and was very popular with the Nintendo console.

What a record sale

The organisation behind the action, Heritage Auctions, said that there are less than five copies of it in a good condition. Days before the Mario auction, a Nintendo Entertainment System (NES) cartridge sold for $870,000 (N357,135,000) on Friday, July 9, as it became the second most expensive game. It should be noted that the game maker has since re-released a switch version of those games because of their popularity.

We never expected it

The media noted that rare copies of popular games are really valued. It should be noted that Super Mario 64 was the most sold cartridge of the Nintendo 64 system. The Guardian reports that it sold after getting a 9.8 A++ rating. Heritage Auctions said that it was very surprised by the high sale of the game as more focus was placed on The Legend of Zelda. In recent times, auctions of popular games have been getting big sale prices.