44-year-old rapper, Kanye West, laments he was ‘losing my family’ in front of Kim Kardashian at Donda listening party when he launched his new album Donda on Thursday and got emotional in the process. Watch the video below

Kim, 40, made a surprise appearance with her and Kanye’s children North, eight, Saint, five, Chicago three, and Psalm, two. While the album wasn’t even released after the event, it was completely sold out and was also live-streamed for fans.

It was an emotional night for Kanye, who dropped to his knees after performing Love Unconditionally, which seems to address the end of his marriage. The track opens with the voice of Kanye’s late mother Donda West offering words of advice on love and marriage. Donda, who died in 2007 aged 58 following complications from liposuction, a tummy tuck and a breast reduction, is heard saying:

Kanye then repeats the lyrics:

While Kim filed for divorce from Kanye in February after six years of marriage, it seems that she is still supportive of her ex. Kim was seen holding her son Psalm in her arms during the show, with the toddler wearing a pair of headphones to protect his ears. Her sister Khloe, 37, was also in attendance, as was Kim’s bestie Jonathan Cheban, 47. TikTok celebrity, Grace Africa, organises event, invites her 1.3 million followers but no one showed up (Video) 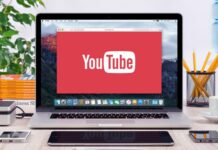 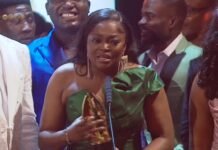