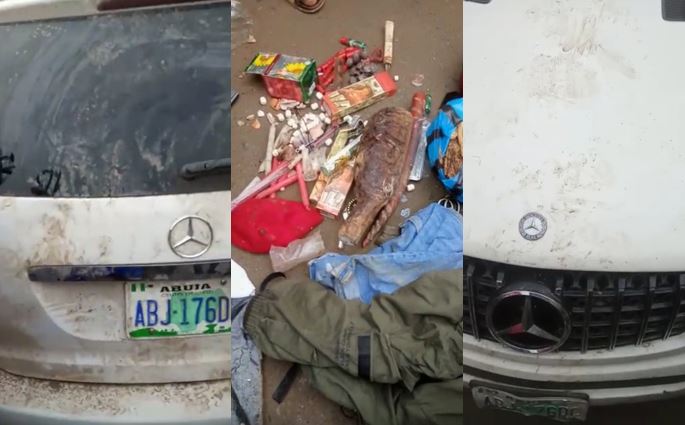 According to witnesses, the yahoo plus suspect parked his while Mercedes Benz ML 350 in the busy street and started behaving abnormally.

When they found out he had ran mad, the called on the police to come gain access into his car so they can identify the suspect and also get contacts of friends or relatives.

This prompted the on lookers to believe the victims condition to be connected to yahoo plus or money ritual.

Yahoo plus or cyber spiritualism is a cybercrime that involves the procurement and use of mystical, spiritual and supernatural powers by yahoo boys to cast a spell on victims.

This ritual enables a yahoo boy to command his victims to do as he says. The victims will not be able to object his demands.

This ritual involves the yahoo boy in-person to pretend to be mad for a certain period and after that, money starts coming in. Watch the video below:

Notorious Cultists Who Killed 11 People In Kwara State, Arrested By...