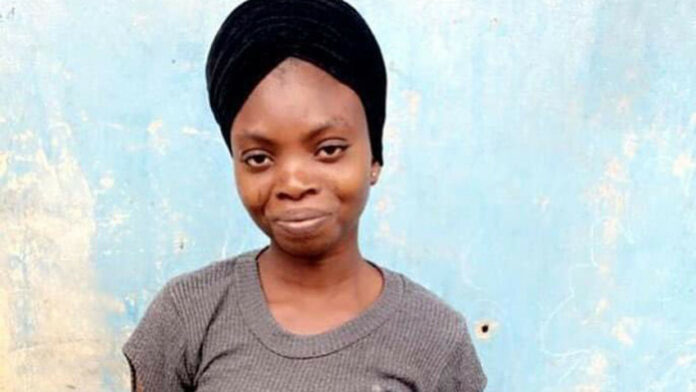 An autopsy has been carried out on the remains of Jumoke Oyeleke, the salesgirl who was allegedly killed by a stray bullet during the Yoruba Nation rally in Lagos on July 3.

The report  which was signed by one Dr. S.S. Soyomi of the Lagos State University Teaching Hospital, Ikeja, indicated that the 25-year-old died from “haemopericardium, disruption of the heart and lungs and missile injury to the chest.” Hemopericardium refers to blood in the pericardial sac of the heart. It is clinically similar to pericardial effusion, and, depending on the volume and rapidity with which it develops, may cause cardiac tamponade.

The report contradicts the claim by the Lagos State Police Public Relations Officer, Muyiwa Adejobi, that Jumoke was abandoned after she might have been stabbed. Read here.

Agitators for the Yoruba Nation gathered at the Gani Fawehinmi Park at Ojota amid the presence of armed policemen and soldiers on July 3, 2021. Jumoke, who displayed soft drinks at her boss’s shop in a compound close to the rally ground, was killed when security men allegedly chased agitators into the premises.

Eyewitnesses claimed she was killed by a stray bullet fired by the security agents to disperse the protesting agitators. The police in a statement released denied firing live ammunition at the rally.

See a copy of the autopsy result below 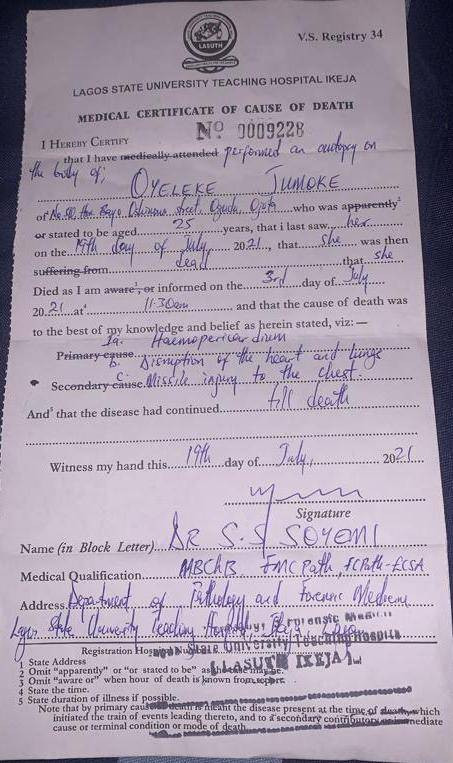