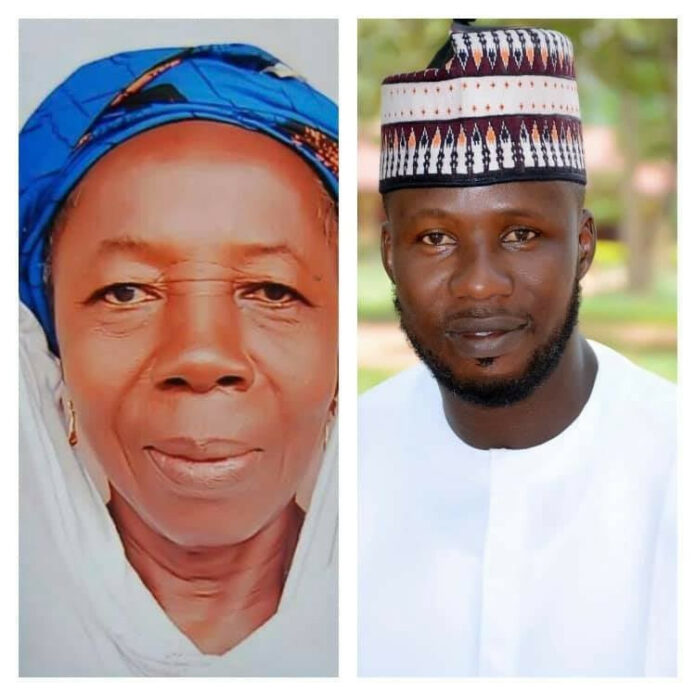 A Chattered Accountant from Kogi State, Ohida Ismail and his mother have died in a fatal road accident.

It was gathered that the accident happened in Okene on Monday, July 19, while they were coming back from the hospital where he had taken his mother for routine medical checkup.

One Yushau Shuaib, who confirmed the sad news on Tuesday said the mother died immediately while Ismail passed away while arrangement was being made to take him to a better hospital.

“At this time yesterday Ohida Ismail was alive when he took his mother for a routine medical check-up. Unfortunately, while returning home after the check-up to prepare for Sallah festivity, the obedient child and beloved mother had an accident on the road,”

“Shuaib Bin Mohammed, his cousin, who always joins my family for Sallah, especially in preparing the Ram Meat, called to inform me that he had gone to attend to the accident victims in Okene.

By the time he got there the mother was died. While arrangement was being made to transport the son who was unconscious elsewhere for a better medical treatment, the son too died.

May Almighty Allah forgive their short-comings and grant them Aljannatul Firdaus. To @shuaibu bin Mohammed, family and friends, please accept our condolences even as we will surely miss you on today’s Sallah festivity, our prayers is for all of us because we have final destination in life. 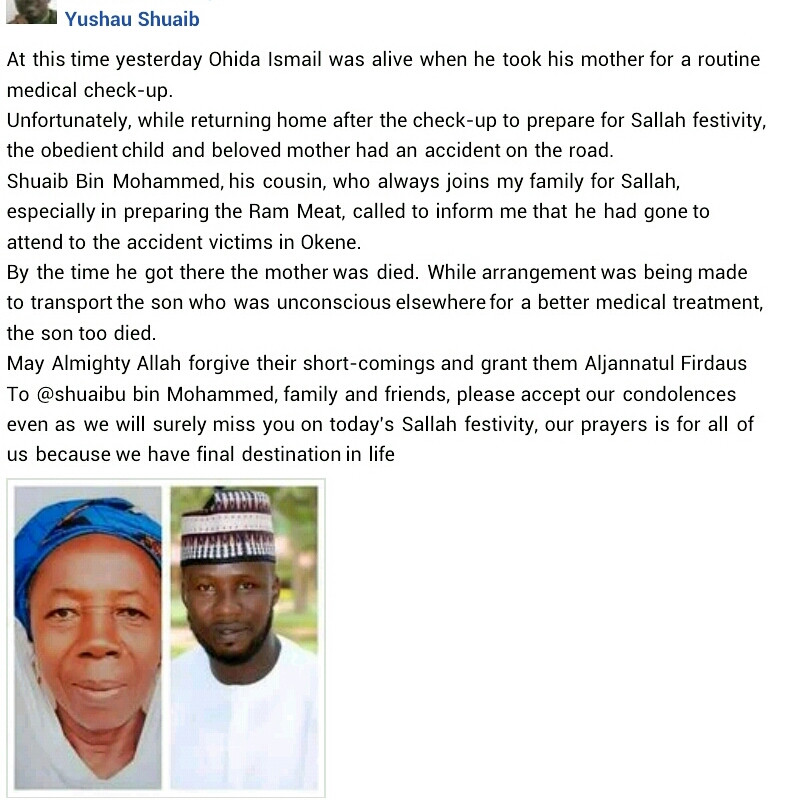 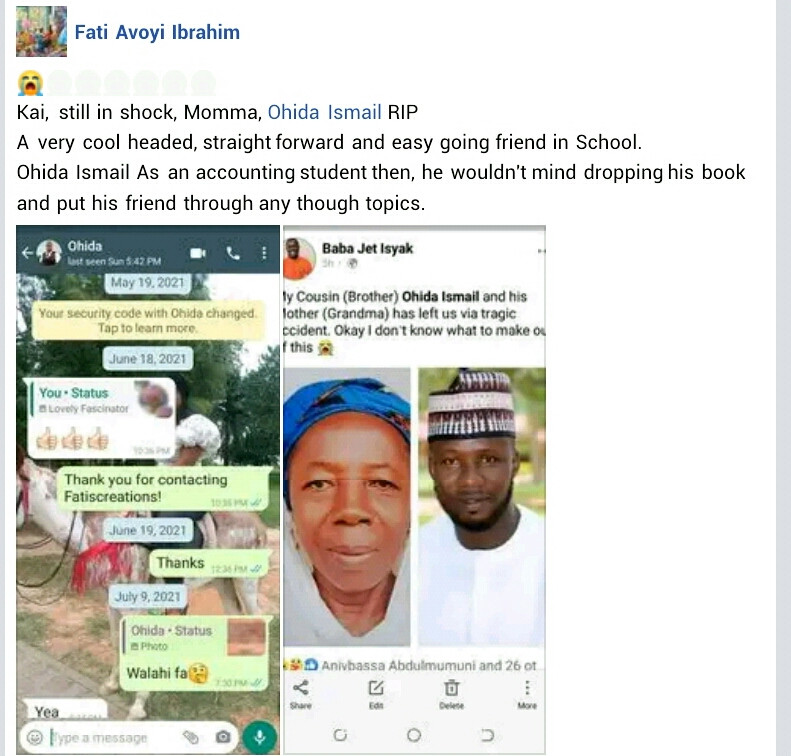 5 Things You Should Know About Professor Peller, the Magician Who...