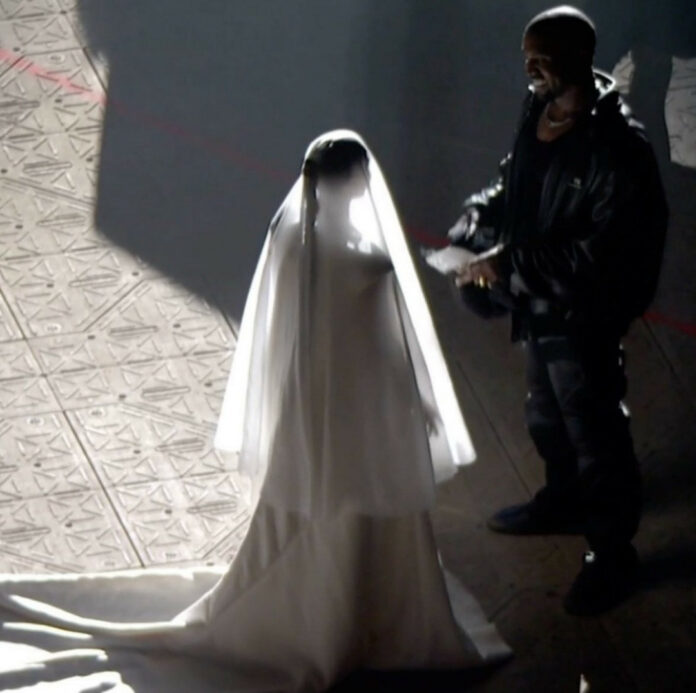 Kim Kardashian stole the show as she made a cameo at estranged husband Kanye West’s album launch event. The mother-of-four emerged from the audience in a wedding dress before joining Kanye West on stage on Thursday night, August 26.

This comes months after she filed for divorce from the rapper. Kanye has spent weeks putting the finishing touches on his Donda album, dedicated to his late mother. 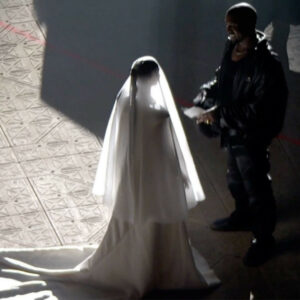 Sister Khloe gushed that the moment was ‘insanely beautiful’ on twitter

He held the third Donda listening party in his hometown, Chicago. West built a replica of his childhood home at the Soldier Field stadium, inviting almost 40,000 fans to the venue.

During the listening party on Thursday, there were on-site Covid-19 vaccinations and there was a cameo from Kim Kardashian West, who attended with their four children.

Check Out These Gruesome “Divorce” Cakes