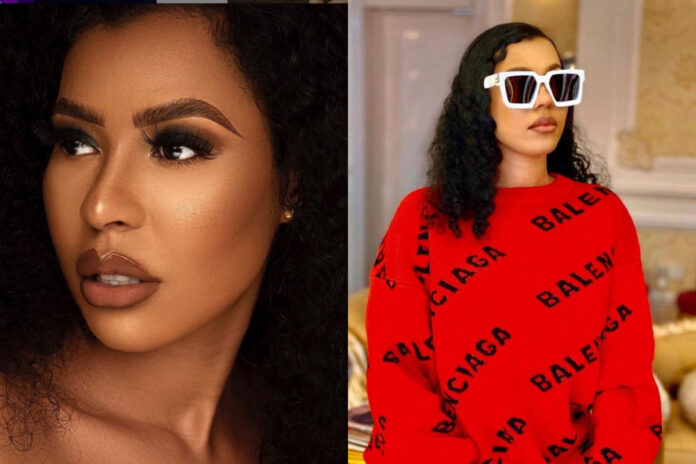 According to BBNaija Nini, she likes to engage in conversation with people. The BBNaija female housemate added that she loves living a free and happy life.

Nini described herself as an opinionated person and always likes to stand by her opinion; even though she believes other people’s opinions count, she takes her opinion more superior.

Nini made it open that she will be herself through her stay in the Big Brother Naija house; she said she would never fight for food even though her greatest fear is not having the kind of food she likes.

Nini was born in Auchi Edo state on May 16th 1996, in a family of five. She revealed that she stayed with her lovely mother that has been the support of her life.

The BBNaija season 6 housemate Nini, the 11th female housemate unveiled in the Big Brother Naija house, is a graduate in economics at the University of Abuja.

Her relationship is not known at the moment.

BBNaija Nini, who is the last girl to be unveiled in the Big Brother Naija house in her first interview, stated that she is the kind of girl that likes engaging in discussions with people.

According to Nini, she likes to leave freely, happy and beautiful. She is the kind of girl that is always on alert and in charge of her environment, so catching her in a bad way, according to her, is almost impossible (No loose guarding, she said).

Nini said she could never be caught fighting for food, people opinions even though she said she might fight a little when she feels like she is right, and lastly, no one will catch fighting for the guys in Big Brother Naija house.

One of BBNaija’s Nini’s greatest hobbies all her fans would like is her affection for music; she said she would play music all day if she stays throughout the reality show in the house.

The BBNaija female housemate made it clear about her dislike stating that she only hates people with pride and ego.

Even though BBNaija’s Nini studied economics, she diverted her attention into business. Nini owns a fashion brand in Abuja called F-Pub which she started in early 2021.

According to Nini, her inspiration for venturing into the fashion business is that she would never find one every time she wants to get a nice outfit in Abuja.

Her net worth is not available at the moment