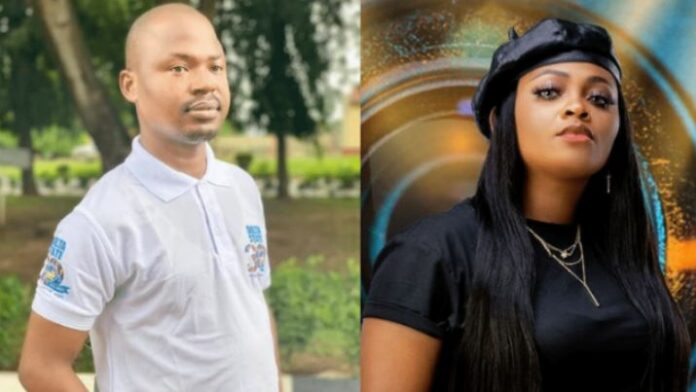 The Special Assistant on Media to the Governor took to his verified Facebook page on Thursday, to state that Delta married women do not behave like Tega.

Sharing a picture of the contestant, he wrote, “That Tega in #BBN is not from Delta State,  please. Our married women and our wives don’t behave like that.

“With all due respect, she is proudly from another state in Nigeria. In case you don’t know, she said she is from Cross Rivers State.

“Because she is answering a name that is similar to Delta names doesn’t mean she is from Delta State.

The Boma and Tega saga

Tega set tongues wagging with a video that went viral on Tuesday which featured her kissing a fellow housemate, Boma, while in bed.

This caused an uproar because Tega is the only married woman in the house and also a mother-of-one.

Reacting to the video, Tega’s husband revealed that he damaged his marriage when he cheated on his wife.

Boma’s team has also responded to critics concerning the insults that the contestant received for being intimate with a married woman.