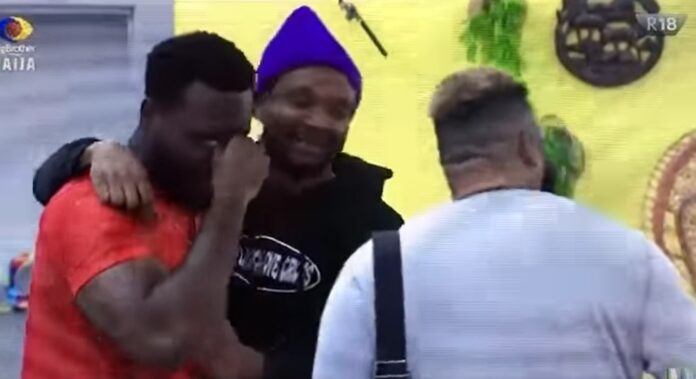 Big Brother Naija housemate, Pere Egbi went all emotional as he sheds tears after escaping the eviction nomination for the first time in weeks.

The ex-military man consecutively made the possible eviction list for weeks following his dramas after winning the HoH game for the first time in the house. Pere made many enemies during this period that he crowned himself the title ‘General Pere.’

Week 8, however, made a difference in Pere’s stay in the Big Brother Naija house as he escapes eviction nomination. The overwhelming emotion triggered the ex-military man to shed warm tears.

INEC Speaks On Its Readiness Ahead Of Saturday’s Elections.