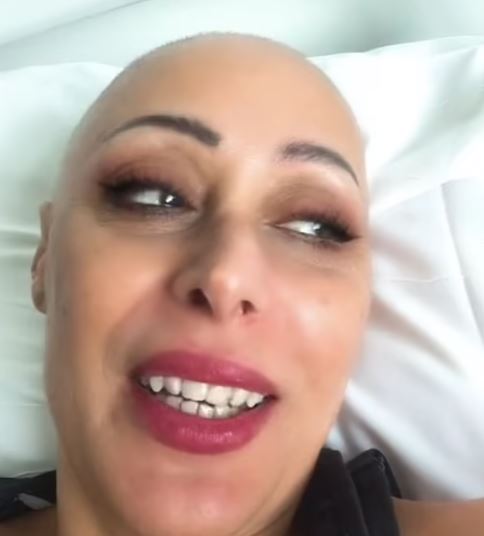 Big Brother star Becki Seddiki has revealed she is battling leukaemia and can’t wait to return home after jokingly ‘sneaking out’ of hospital.

The singer, who appeared on 2004’s fifth season of the reality show, has been chronicling her health battle on TikTok since being diagnosed last month.

In a series of videos, she explained that after routine blood tests were undertaken to explain her ailing health, she discovered she was fighting leukaemia and has since shaved her head ahead of her hair falling out alone.

She revealed she had been driven to the check up after fighting with addiction to recreational drugs, which led her to Narcotics Anonymous

In her first video about her diagnosis, the shocked reality star explained to her followers: ‘I just had some routine blood tests.

‘I told my GP I needed a clean bill of health because of self medicating on recreational drugs for so long and I realised I was an addict and went to some NA meetings and had been clean for 40 days.

‘And today I get this diagnosis. It explains a lot, it explains why I have been feeling tired, why my hair has been falling out. I am hopefully going to get better and I will keep a record of it.’

In a recent video, she revealed she was shaving her head before her hair fell out itself, as she said in a video taken from a hospital bed: ‘Diagnosis Leukaemia so my action was to shave my hair before I had no choice’.

Becki shot to fame alongside show legends including Michelle Bass and eventual winner of the show Nadia Almada.