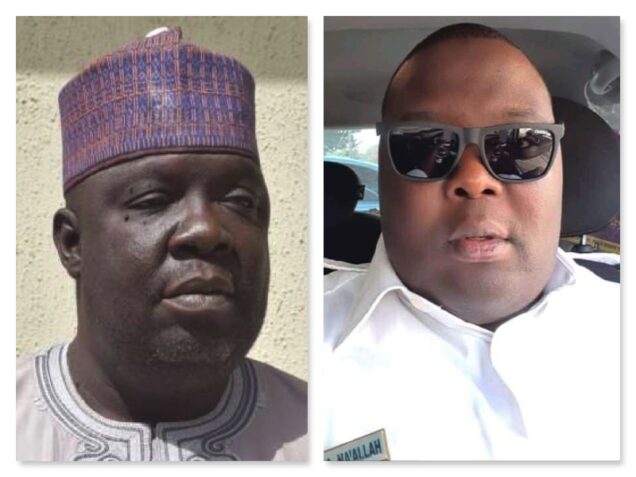 Barely 24 hours after his eldest son, Abdulkareem was gruesomely murdered by unknown killers, Senator Bala Na’Allah has revealed his last discussion with the late captain. The Punch reports that Na’Allah, who represents Kebbi South senatorial district of Kebbi state, said he spoke to his son a few hours before the news of his death on Sunday, August 29.

The lawmaker, who is the chairman of the Senate Committee on Air Force, noted that the discussion he had with his son was largely on the disturbing security situation across the country.

The report said that Na’Allah, who is also a pilot, spoke while receiving the leadership of the correspondents’ chapel, Kaduna council of the Nigeria Union of Journalists, who paid him a condolence visit in the state capital on Tuesday, August 31.

He disclosed that the discussion they had was eight hours before the murder of his 36-year-old son, adding,

The lawmaker said: “Since Abdulkareem’s death, so many things continue to happen that remove the pain of his death from me. I spoke to him around 9.27 pm (on Saturday). And I swear by the Holy Qur’an, the subject of our discussion was security. Little I know or little did he know that he had less than eight hours to live.

“So, courtesy demands that we advise ourselves and look at clearly what are the issues? How do they come about? Then with that information, we can prescribe the correct antidote to our problem.”

It was reported that Na’Allah in a statement on Monday, August 30, noted that the life of his son is not more precious than that of any other Nigeria. The senator prayed to God to grant the entire family the strength to bear the loss of their beloved son, Abdukareem.