Cardi B is an American rapper, producer, reality television star, activist and entrepreneur. As of this writing Cardi B’s net worth is $40 million. Cardi first started earning fame as a Vine and Instagram celebrity. Between 2015 and 2017 she was a regular cast member of the VH1 reality show “Love & Hip: New York.”

Cardi B’s career was really launched into the stratosphere in 2017 thanks to the success of her single “Bodak Yellow”. That single went diamond. She is the only female rapper who has ever had an RIAA song certified diamond. Her 2018 studio album “Invasion of Privacy” broke a number of streaming records, went triple platinum and would later win Cardi the Grammy for Best Rap Album. 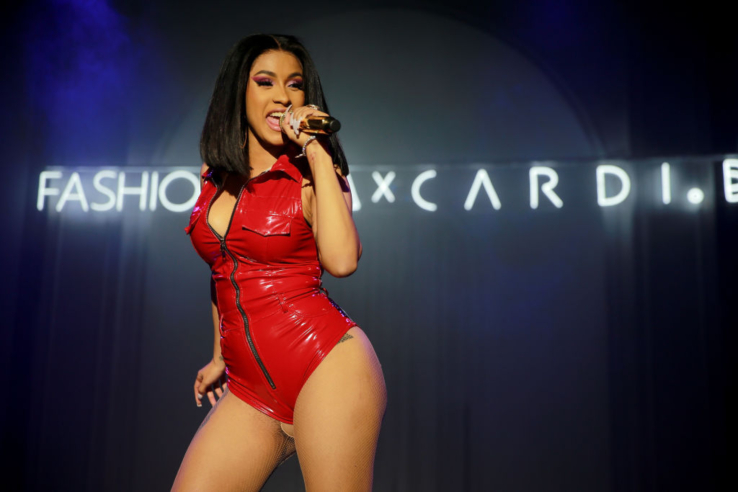 Outside of music, Cardi is a social media mega-star. She has more than 100 million followers on Instagram, more than 6 billion Youtube streams, 35+ million monthly Spotify listeners and more than 10 million TikTok fans.

Early Life
Belcalis Marlenis Almánzar was born on October 11, 1992 in Manhattan and raise in The Bronx, New York City. She is the daughter of a Dominican father and Trinidadian mother, and has seven siblings, the most well-known of which is her sister Henessy Carolina. 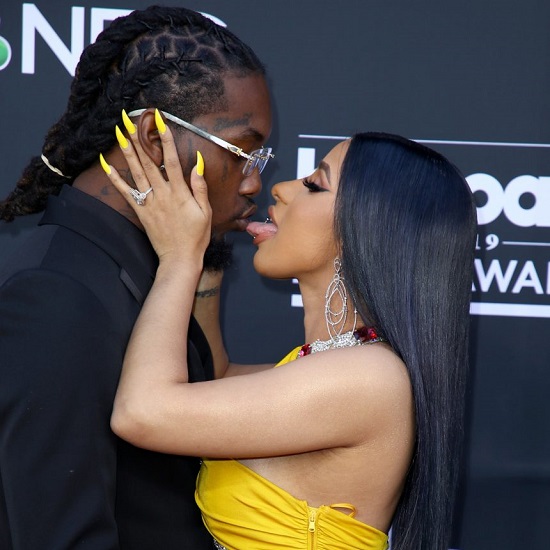 After attending Renaissance High School for Musical Theater & Technology, Cardi B began stripping at the age of 19, crediting it as a positive experience: “[Stripping] really saved me from a lot of things. When I started stripping I went back to school.” She attended the Borough of Manhattan Community College before eventually dropping out.

She developed the stage name “Cardi B” as a derivation of Bacardi, a rum brand, which was her former nickname. In 2013 she began to gain notoriety and popularity due to several videos of her going viral on social media, such as video sharing app Vine and her Instagram page.

Career Beginnings
Cardi B joined the cast of VH1 reality television series “Love & Hip Hop: New York” in 2015, debuting in season six of the show. She gained a large fan base on the show, with Jezebel considering her the breakout star of the sixth season. After two seasons, she announced in December 2016 that she would be leaving the show to focus on her own budding career in music. 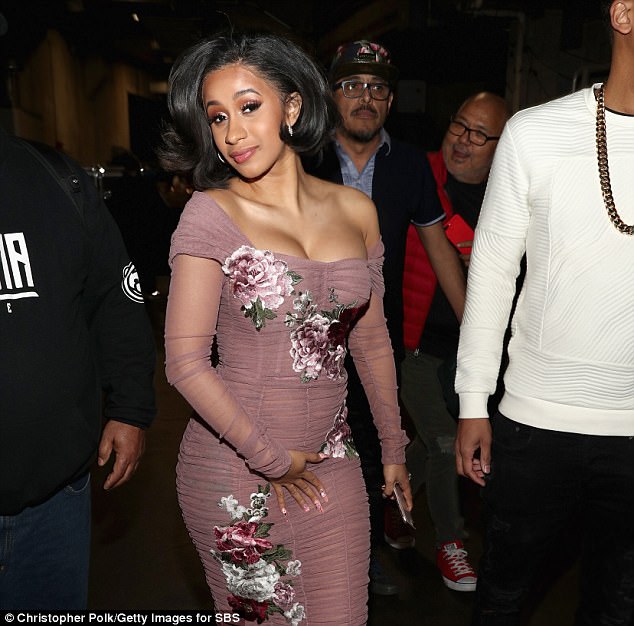 Music Career
Cardi B’s musical debut had come in November 2015, prior to her announcement that she was leaving “Love & Hip Hop.” She was featured on singer Shaggy’s remix of his single “Boom Boom” alongside Jamaican dancehall singer Popcaan. Her music video debut came in December 2015 with “Cheap Ass Weave,” her version of rapper Lady Leshurr’s “Queen’s Speech 4.” March 2016 saw Cardi B release her first lengthier project, the mixtape “Gangsta Bitch Music, Vol. 1.”

She was featured on the 2016 compilation album “Underestimated: The Album,” a collaboration between her and fellow KSR Group artists HoodCelebrityy, SwiftOnDemand, Cashflow Harlem, and Josh X. During this period, Cardi B continued to build her name and following through appearances on shows such as “Uncommon Sense with Charlamagne” and Khloe Kardashian’s “Kocktails with Khloe.”

Her big breakthrough came in February 2017, when she signed a recording contract with major record label Atlantic Records. The previous month, she had just released her second mixtape, “Gangsta Bitch Music, Vol. 2” (Jan. 2017).

She was nominated for Best New Artist and Best Female Hip-Hop Artist at the 2017 BET Awards, although she failed to win any. She did, however, perform at the BET Awards Afterparty show. Subsequently, she appeared on the cover for The Fader’s Summer Music July/August 2017 issue. 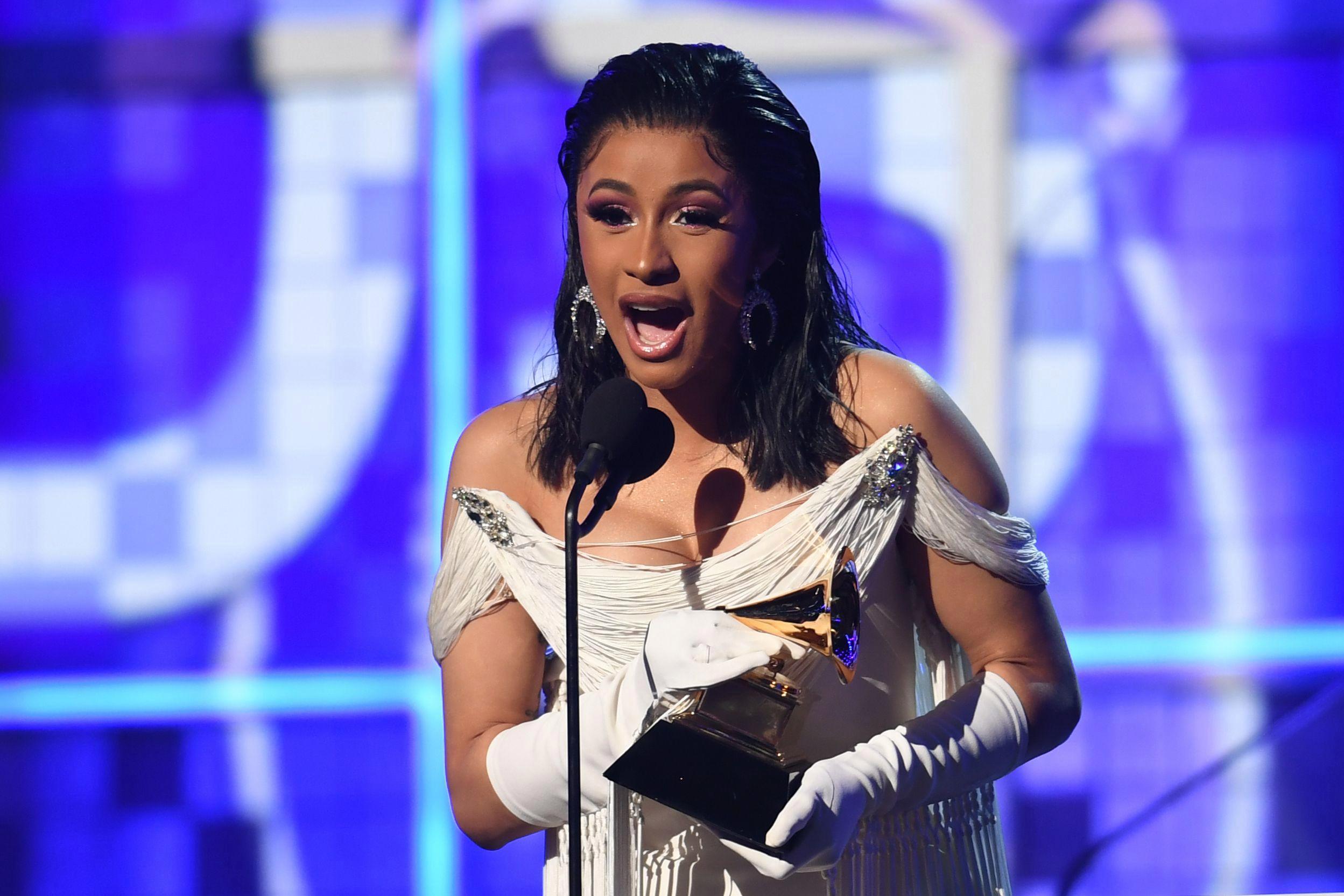 On June 16, 2017, Cardi B released her commercial debut single “Bodak Yellow” with Atlantic Records. To promote it, she performed on “The Wendy Williams Show” and “Jimmy Kimmel Live.” As it steadily climbed the charts, hitting number one on the Billboard Hot 100 chart in September 2017, Cardi B became the first female rapper to reach number one with a solo single since Lauryn Hill’s “Doo Wop (That Thing)” in 1998.

Celebrated by an editor of The New York Times as “the rap anthem of the summer,” “Bodak Yellow” was certified septuple platinum by the RIAA. It also received nominations for Best Rap Performance and Best Rap Song at the 60th Grammy Awards, and won Single of the Year at the 2017 BET Hip Hop Awards.

“Invasion of Privacy,” Cardi B’s debut studio album, was released in April 2018 to critical acclaim. The album hit number one in the United States, and Cardi B became the first female artist to chart 13 entries simultaneously on the Billboard Hot 100, as every song off the album entered the April 21 chart.

It was certified double platinum by the RIAA in October 2018. Time and Rolling Stone magazine both named “Invasion of Privacy” the best album of the year, and Time also included Cardi B on their annual list of the 100 most influential people in the world. 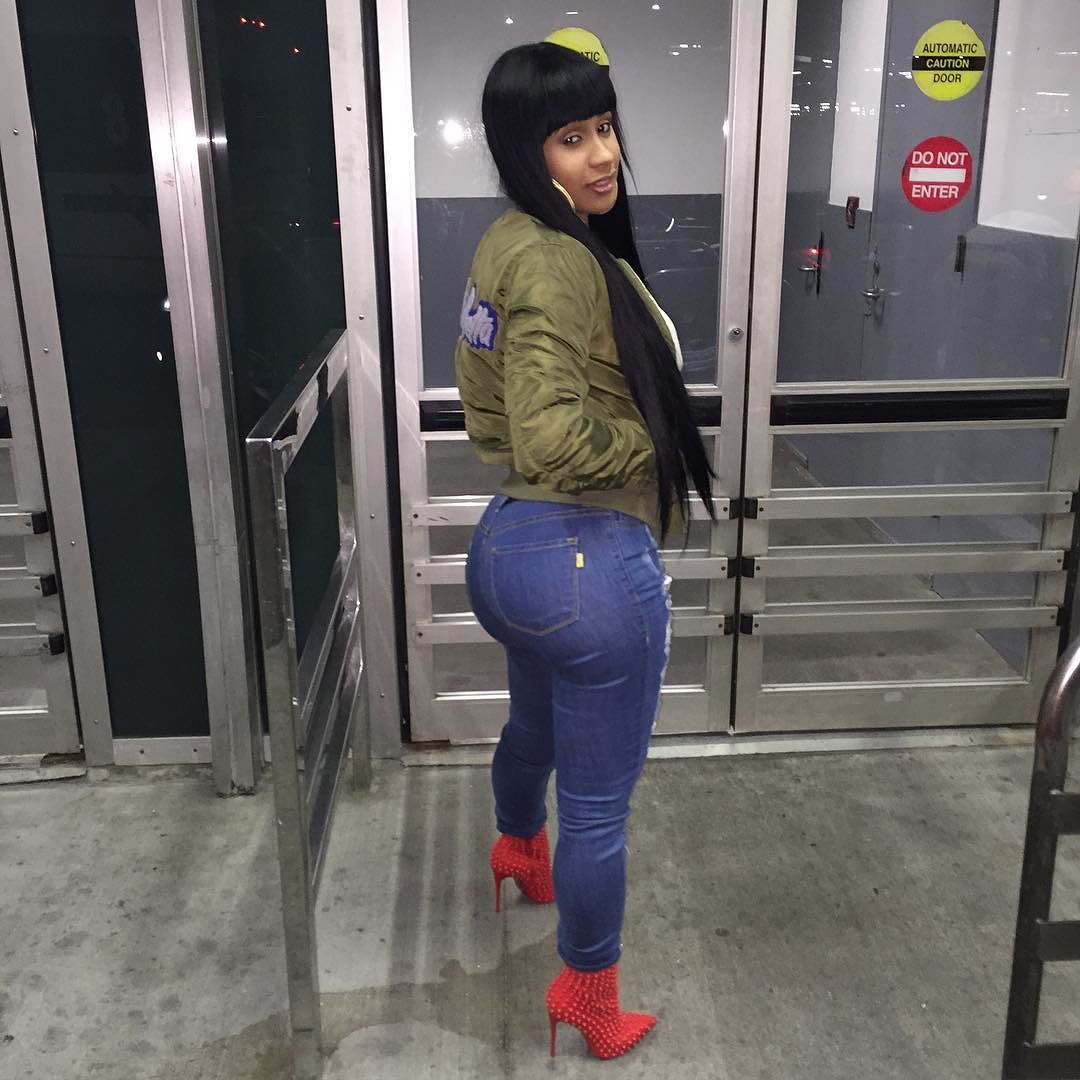 Other Creative Pursuits
Cardi B’s film debut came in the 2019 film “Hustlers,” which received critical acclaim. She also worked on the film “F9,” released on May 22, 2020 by Universal Pictures. Along with Chance the Rapper and T.I., Cardi B was confirmed as a judge on the Netflix competition and talent search series “Rhythm + Flow,” which premiered on October 9, 2019.

Business Ventures and Endorsements
Cardi B’s first endorsement deal was her 2016 campaign with New York lingerie chain Romantic Depot. Her ads for the brand appeared on radio and cable TV. Other partnerships she’s had include with MAC Cosmetics, Gypsy Sport, Reebok, and Pepsi. In November 2018 she released a clothing collection with fast fashion clothing brand Fashion Nova.

Personal Life
In early 2017, Cardi B began publicly dating rapper Offset, from the hip hop group Migos. The couple became publicly, engaged in October that same year, after Offset proposed during the Power 99 Powerhouse concert, although TMZ revealed in 2018 that their marriage license indicates the couple married secretly in September 2017. Cardi B later confirmed this revelation on social media. She gave birth to their daughter in July 2018. 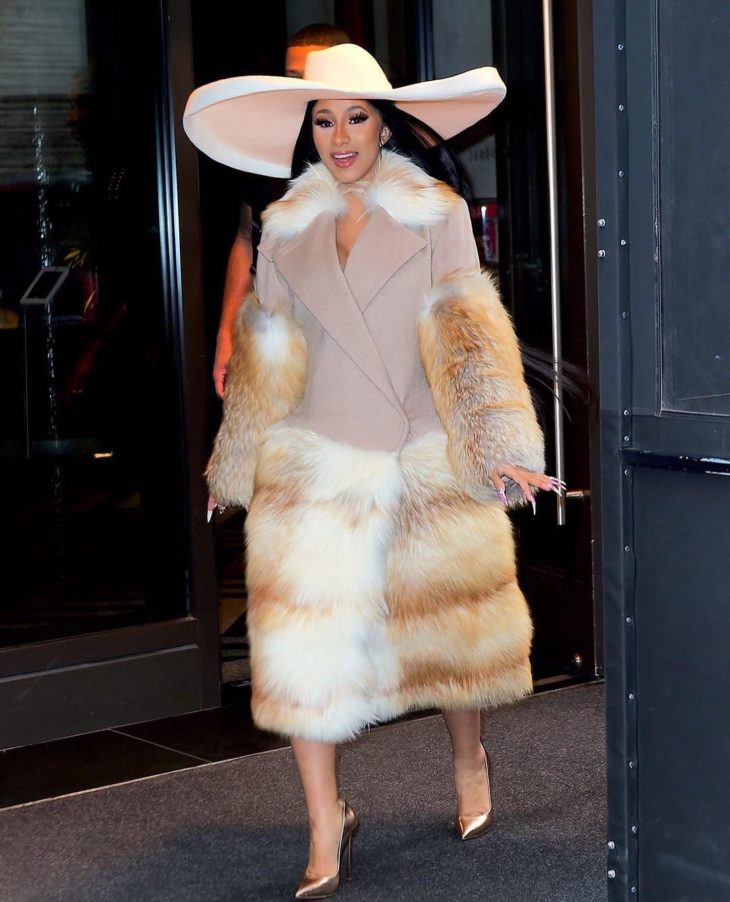 Real Estate
In December 2019 the couple purchased a mansion in Buckhead, a suburb of Atlanta, Georgia, that was listed at $5.79 million. They paid $5.5 million for the mansion. In 2017 the house was listed for $10 million.

Here’s a video tour of the property:

Divorce
On September 15, 2020 Cardi B filed for divorce from Offset. In the divorce filing Cardi requested primary physical custody of their daughter Kulture, child support and an equitable division of assets because there was apparently no pre-nup. They both welcomed a child yesterday.

Cardi B Net Worth History
Cardi B was first added to Celebrity Net Worth on January 12, 2016 with a net worth of $400 thousand. 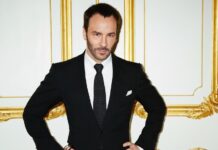 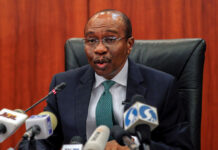 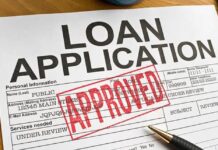 14 most lucrative businesses to start in Nigeria (2021)