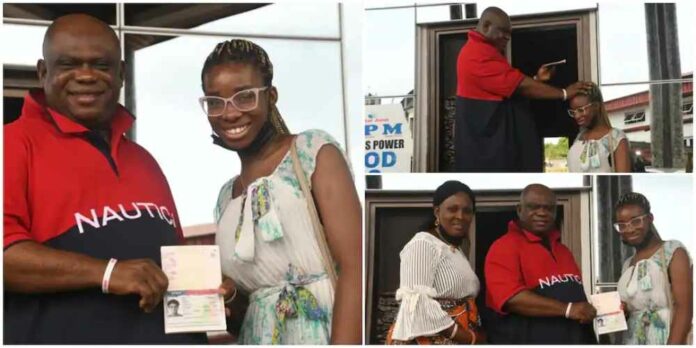 A Nigerian church identified as Omega Power Ministry (OPM) has given a young girl, Chioma Ezedigbo, a full scholarship to study nursing at Chalton University in the United States.

The church head, Chibuzor Gift Chinyere, who disclosed this on his Facebook page, said the lucky girl is the daughter of a poor widow whose husband was shot dead by unknown gunmen. 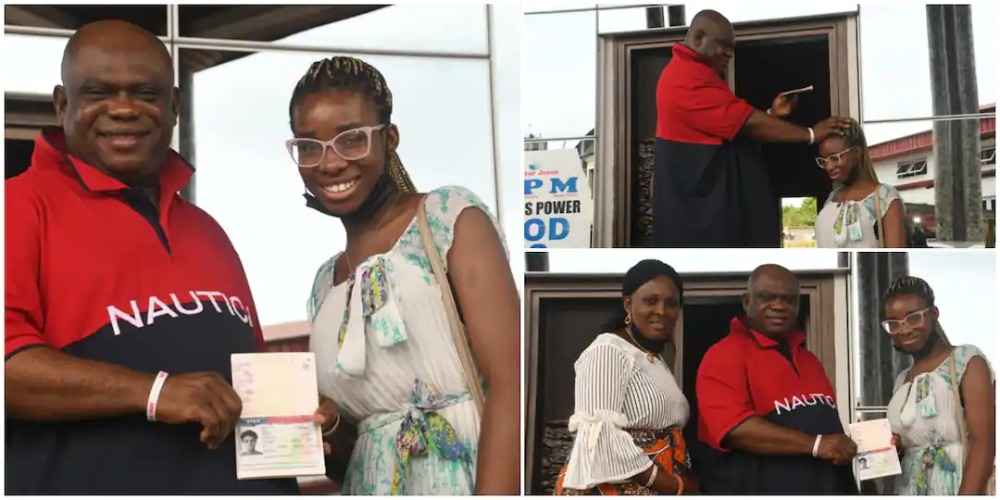 Chibuzor revealed that OPM gives visas to Nigerians almost every week, adding that the source of the funding was offerings and tithes from the church.

Sharing photos where he could be seen handing to the girl her student visa and praying for her, Chibuzor wrote: “Almost every week OPM is giving visas to Nigerians. Today 1 September 2021 another student just got her USA student visa today.

“Chioma Ezedigbo a daughter of a poor widow that the father was killed by unknown gun men. She is going to study nursing in Chalton University in America. University Scholarship Fully sponsored through tithes and offerings in OPM Church.”

‘No One Has Mentioned What My Brother & DJ Olu Ate...