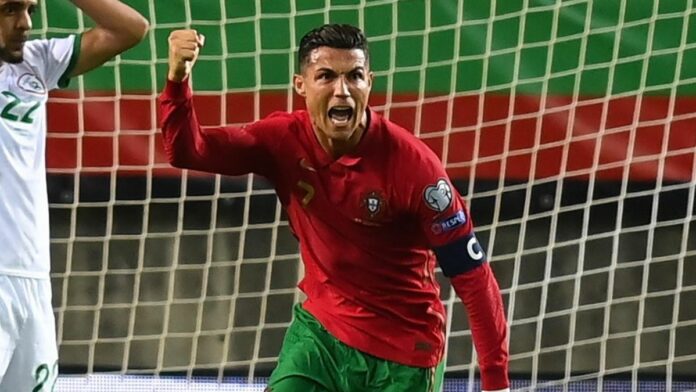 Ronaldo’s 89-minute strike in Portugal 2 – 1 win in their World Cup qualifying match on Wednesday night means he now has 110 goals in 180 appearances for his country, breaking Ali Daei’s record of 109 goals for Iran.

The 36-year-old had the chance to break the record earlier in the game after Portugal were awarded a penalty but Ireland’s 19-year-old goalkeeper Gavin Bazunu, saved Ronaldo’s spot kick.

The Portuguese icon took his shirt off in wild celebration on one of the most memorable nights of a career littered with them. 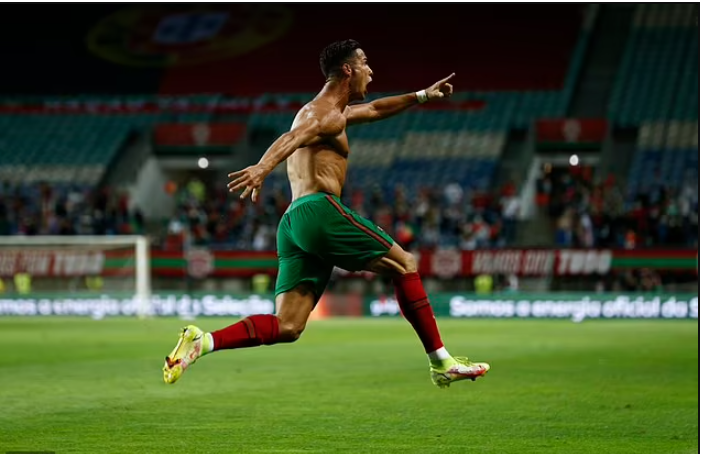 Ronaldo, who took home the golden boot from the Euros with six goals is now 34 strikes ahead of the next-highest active men’s player (behind Daei) Ali Mabkhout, who has 76 goals in 92 for the UAE.

See the list of top international goal scorer below: 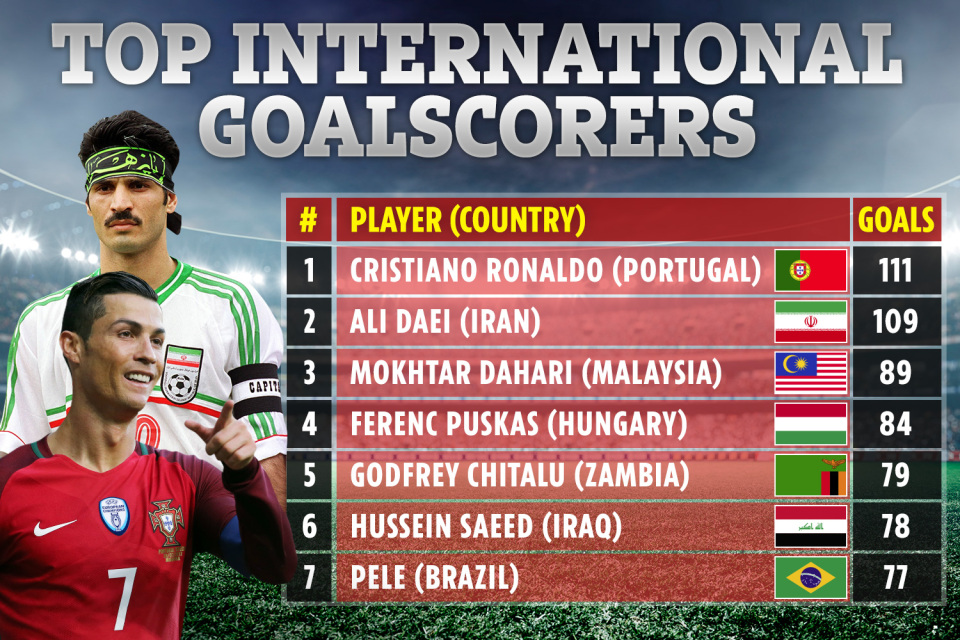