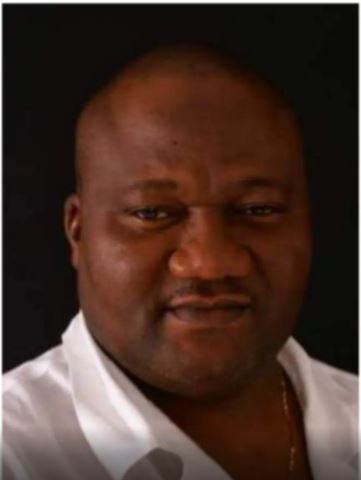 Over the past few hours, the reports had gone viral that popular music promoter and ex-husband of popular Yoruba actress Bimbo Oshin, Ola Ibironke, also known as Dudu Heritage, has died.

According to the reports, Dudu Heritage lived in the US for some years, as a music promoter before deciding to return to Nigeria to run a private business.

Dudu Heritage was popularly known as the ex-husband of Nollywood actress Bimbo Oshin.

His real name is Ola Ibironke, there are no details on his date of birth online, but the music promoter is said to be in his late 50s. There is no information on his parent, but he is an Ijesha man from Osun state.

Ola Ibironke had his childhood in Nigeria, however, his university education was between London and U.S.A, after which he returned to Nigeria.

Dudu Heritage is a popular music promoter in the entertainment industry.

According to the reports, Bimbo Oshin and Ola Ibironke got married in 2005 and were married for over 15 years now. Their relationship has also been blessed with two kids named Michael Olusegun Ibironke and Iyanuoluwa Ibironke. 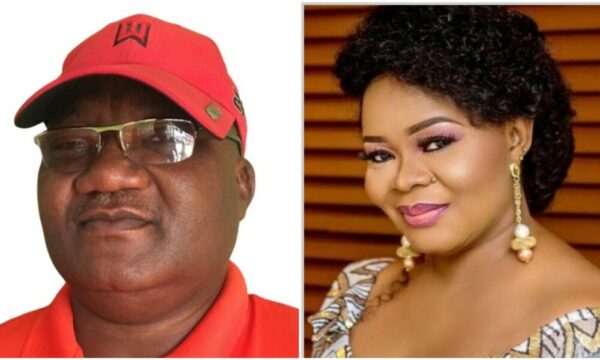 There were reports that Ola Ibironke left his wife in the US to marry Bimbo Oshin; he was also reported to have dated some popular ladies in the movie industry; however, this was not verified.

Some reports surfaced around September 2020, which claimed that the marriage between Bimbo Oshin and Ola Ibironke had crashed, with the reports claiming that Bimbo Oshin had left her matrimonial home.

In an interview, Ola Ibironke refuted the claims stating that he and his wife were still living in the same room, and she was still much with him.

The reports revealed that Ibironke went on to call his wife during the interview to confirm his statement.  The Nollywood actress confirmed she is still in her husband’s house, thus clearing off every rumour.

Dudu Heritage was living a comfortable life until the time of his death, there are no details on his net worth available e online.

Ola Ibironke aka ‘Dudu Heritage reportedly died suddenly on Sunday night 12th September, 2021 in Ibadan. The cause of death is not known, but reports said he slumped at home.

Bimbo Oshin is a Nigerian movie actress born on the 27th of July 1971; she recently celebrated her 50th birthday in July 2021.

Bimbo Oshin then moved to Girls Academy, Sandgrouse in Lagos State, where she had her secondary school education.

She went on to gain admission to the University of Lagos and graduated with a Bachelor of Arts (B.A) degree in Philosophy.

Bimbo Oshin has been acting since when she was very young, she however made it to the limelight after appearing in the movie titled, “Akobi” in the year 1997.

This only happens abroad