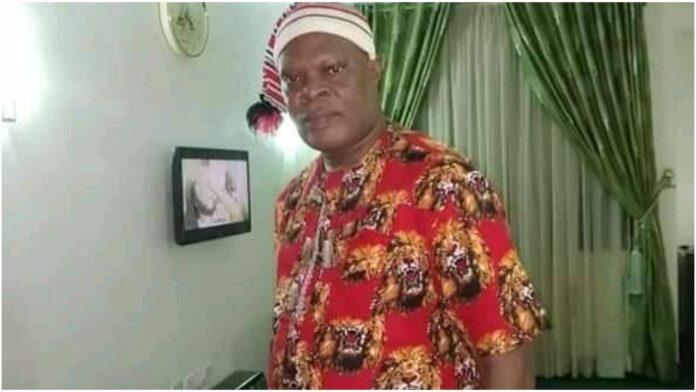 Uche Mpamah, a former Commissioner for Sports in Abia State has died. According to Daily Times, the late Mpamah died of an undisclosed illness on Saturday, September 4.

Hon Sam Onuigbo, a Member representing Ikuwano/Umuahia federal constituency of Abia state in the House of Representatives, confirmed his death in a statement, where he expressed sadness over the passing of the former Commissioner of Sports Chief Uche Mpamah.

The federal lawmaker described the demise of Late Uche Mpamah as a huge loss to the people of the state.

In his condolence message, he wrote, “I received with immense sadness this morning the news of the death of my brother, Hon Chief Uche Francis Mpamah (Ohamadike).

“There are no words that can best convey the devastation I feel in my soul at this huge loss to not only his immediate family, but to the entire people of Obuohia Obi-Ibere, Ibere Clan, Ikwuano, and indeed Abia State.

Photos: Woman Accused Of Adultery Is shot By Al Qaeda In...