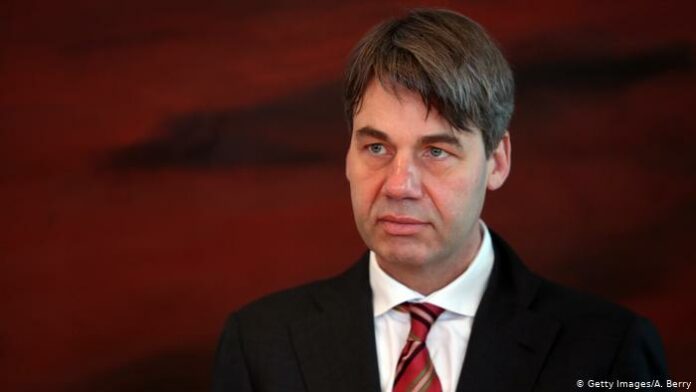 Germany’s new ambassador to China, Jan Hecker, has died shortly after taken up his post, the Foreign Office confirmed Monday.

The Foreign Ministry did not divulge the circumstances behind the diplomat’s death.

The 54-year-old had only taken up his new job in Beijing last month.

His deputy, Frank Rueckert, would take over his duties.

“It is with deep sadness and consternation that we heard of the sudden death of the German ambassador to China, Prof., Dr Jan Hecker.

A native of the northern port city of Kiel, Hecker trained as a lawyer and had worked as an attorney and a judge.

He was married with three children.

Hecker was a university lecturer before becoming a foreign policy advisor to Chancellor Angela Merkel ahead of his appointment as ambassador.

This Woman Stabbed A PHCN Official To Death For Disconnecting Her...