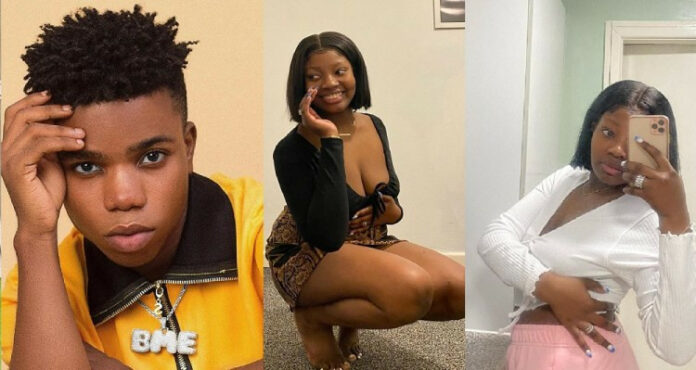 Lyta’s baby mama, Kemi Ayorinde has shared her excitement of the singer reuniting with their son.

Kemi who has in the past few months accused Lyta of being a deadbeat father, infecting her and their son with an STD and also threatening never to forgive him, shared her excitement on her Instastories after Lyta and their son reunited.

She stated that this is all she has ever wanted and it has gotten her emotional as it still doesn’t feel real.