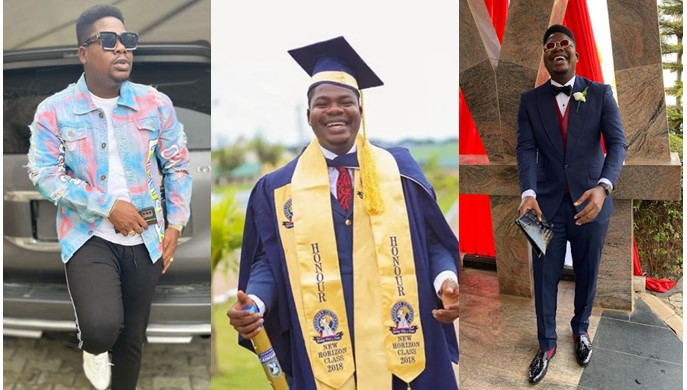 Nigerian comedian and activist, Debo Adedayo popularly known as Mr Macaroni, has said that because he attended different institutions people thought he had spiritual problems.

The comic act who took to his official Twitter account on Tuesday, September 14, revealed he attended four different institutions before he finally bagged his bachelor’s degree.

According to Macaroni, his parents stood by him all through his trials and challenges, even though people started looking at him with an eye of suspicion.

He concluded by praying that his parents reap the fruit of their labour. 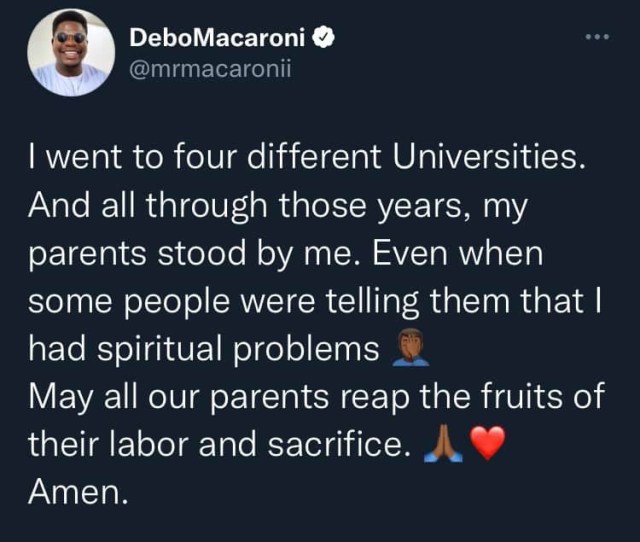 Big Sean Admits He Is Still In shock Over Death Of...