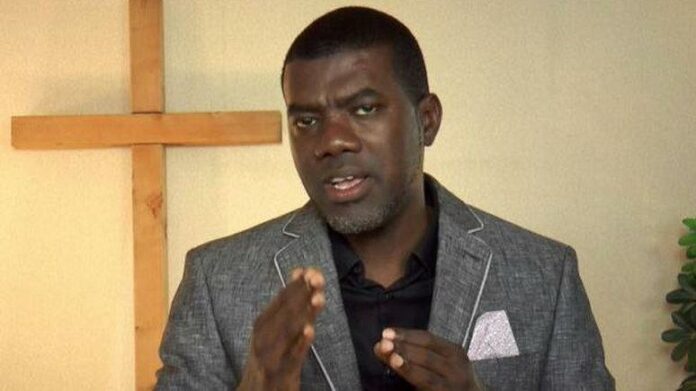 The fans had taken to the streets to protest over the task given to Angel and Pere after the eviction night even though Pere had more votes than her.

Reacting to this, Reno noted that these fans are not protesting “because the Naira is now worthless than the Zimbabwean dollar, or because insecurity has made life in Nigeria a living hell, or because of Buhari’s refusal to name Boko Haram’s sponsors, or because VAT is collected by the Federal Government from states that generate income and given to states that mostly just consume.”

Stating that “Nigerians deserve Buhari”, the former Presidential aide alleged that only few Nigerians come out for protests aimed at protecting their rights. He added that the fans are protesting on a Monday when they should be productive at work or their businesses.