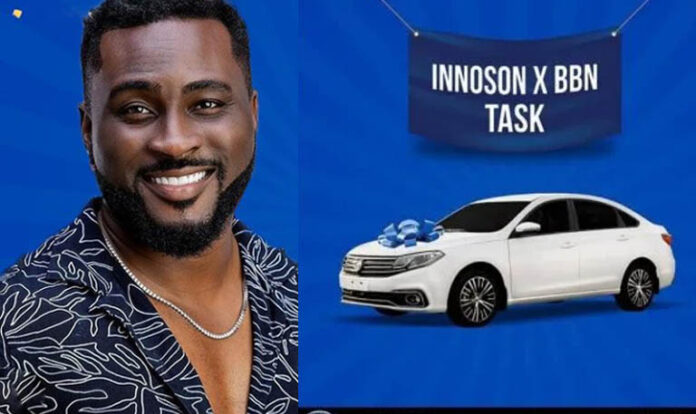 Pere won the Innoson car after emerging winner of a game played by the top 6 finalists on Tuesday night.

The housemates were told to fill a bucket with keys. Pere finished first before the other five housemates and secured the key.

He was given the keys to a brand new Innoson IVM Caris at the Arena and allowed to sit in his new car.

Recall that Pere joined the list of season 6 finalists on Monday after a game between him and Angel.