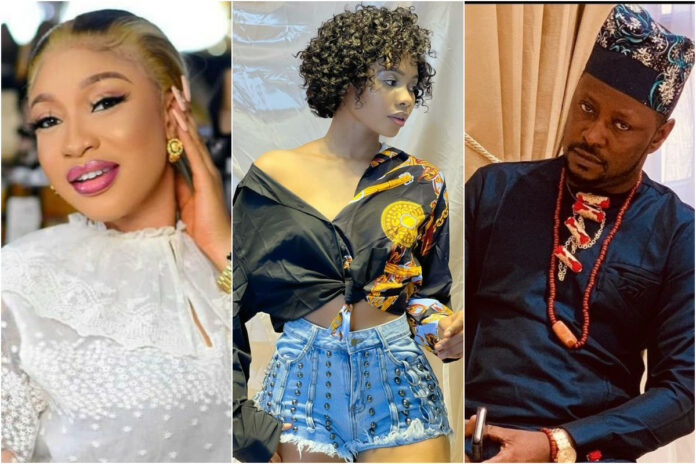 Prince Kpokpogri has defended his friendship with dancer, Jane Mena after she was alerted by Tonto Dikeh of him allegedly being in possession of her “old and recent” sex tapes.

The Delta-born politician in an Instagram post he shared, said it is a taboo where he comes  from, to sleep with a married woman and worst of all, a married Isoko woman who will pay the “ultimate price”.

He maintained that beyond going for Mena’s shop opening years ago, their friendship has been over the phone. He also said that they’ve been family friends and the dancer’s husband is close to him.

Kpokpogri who also attached a video of a hilux van Tonto Dikeh gave him as a birthday gift in his Instagram post, claimed that he grudgingly took it after being persuaded by friends. He claimed that she allegedly gave him a refurbished car with no car paper/custom paper/receipt showing she bought it.

According to him, Tonto had nothing to give him asides love and care expected from a lover. The Delta-born politician alleged that he warned Tonto Dikeh about ending their relationship due to her alleged “heavy smoking and drinking”, and also ended their relationship long before a voice note of him allegedly relishing his sexcapades with an unidentified lady was released.

Actor Bolanle Ninalowo reveals how he copes and manages women and...