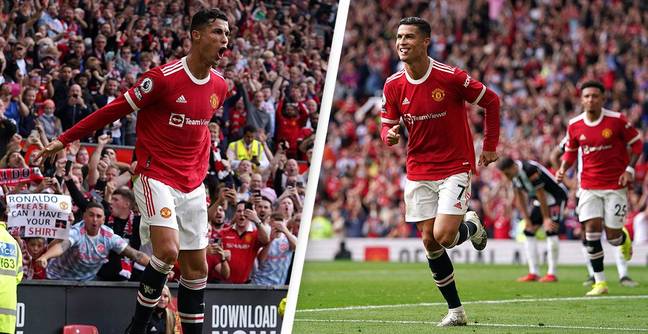 9
SHARES
ShareTweet
The Portuguese gave the Old Trafford faithful what they had come to see by finding the target twice against Newcastle.

Cristiano Ronaldo needed just one half of football to get back among the goals for Manchester United, with the Portuguese superstar netting on his second debut for the club.

It looked like being a frustrating opening 45 minutes for the five-time Ballon d’Or winner against Newcastle, but Old Trafford erupted in stoppage-time when the deadlock was finally broken.

The vast majority of those in attendance were there to witness the return of a prodigal son, and he did not disappoint when giving the masses what they wanted.

“Please Help Me Beg Militants, They Use Hi-Tech Weapons” – Buhari