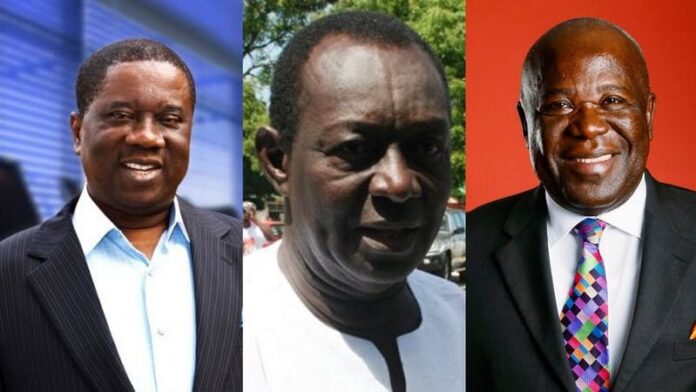 Ghana is endowed with natural resources like hydrocarbons, industrial materials and precious metals.

Its mixed and digital economy has paved the way for some notable billionaires in the region to become the richest men and women in Ghana; some have also ranked among the richest people in Africa.

Ernesto, an investor in Ghana’s business world, was reportedly born in Italy around 1948. He arrived in Ghana with his father and siblings in 1968.

He is the founder of the conglomerate Trasacco Group. The famous businessman has a net worth of $1.3 billion.

All these investments in Trasacco Group have helped Ernesto earn such money to become the richest man in Ghana.

Ernesto Tarricone, the richest man in Ghana is also a co-owner of Royal Aluminium Systems; producing aluminiun windows and doors.

Sir Sam E. Jonah is the second richest man among the top ten richest men and women in Ghana, with a huge net worth of $1.2 billion.

Sir Sam E. Jonah was born on the Cape Coast in November 1949. Jonah has once noted that life was never all rosy for him.

At the age of 25, he started working in Ashanti Goldfield’s deep mines, located in central Ghana. He worked underground for the Ashanti mining company in exchange for an engineering scholarship at the U.K.’s Exeter University.

The billionaire businessman later graduated and went back to the Ashanti Mining company.

According to Forbes, Sam E. Jonah was named the Chief executive officer at Ashanti in 1986; he attained this position at the age of 36; barely 11 years of working underground for the Ashanti mining company.

He acquired most of his wealth through Jonah Capital owning 78% of the Jonah Capital. His investments increased his net worth to become one of the richest men and women in Ghana.

Sir Sam E. Jonah’s invested in a different business niche in Africa; this fit has pushed him to rank as the second richest man in Ghana.

He was once awarded Ghana’s highest national award, the Companion of the Order of the Star of the Volta, recognising him as one of Ghana’s richest and most prominent men. 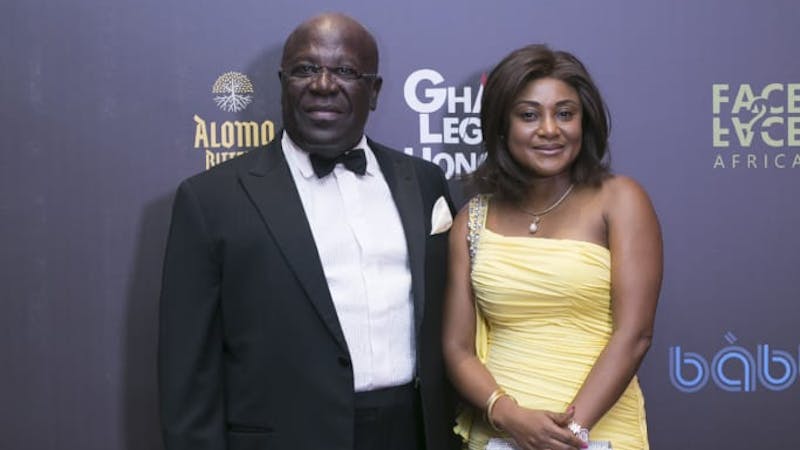 The famous businessman owns the largest shares in Finatrade, one of the largest food manufacturing and distribution companies in West Africa.

Finatrade is also involved in social development and giving back to the community. Finatrade established a scholarship scheme for undergraduates in the agricultural sector.

It also partnered with the Kofi Annan International ICT Centre of Excellence to foster and integrate ICT in the Ghana communities. 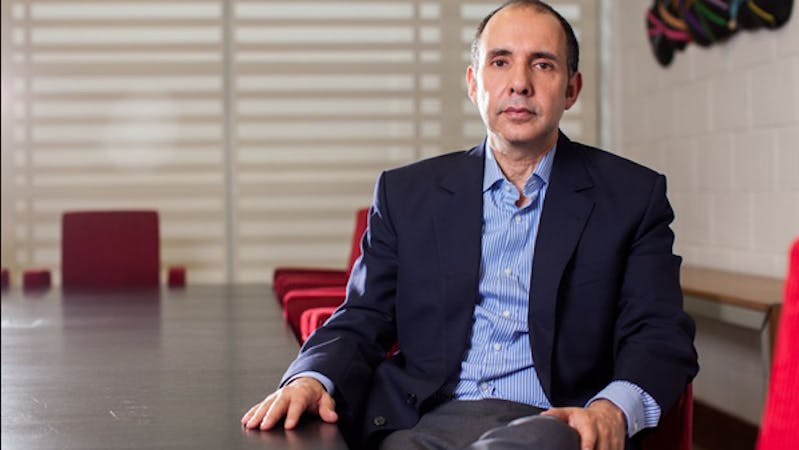 Ibrahim Micheal Mahama is the 4th richest man among the top ten richest people in Ghana, with a net worth of $860 million.

The wealthy businessman is the younger brother of the former President of Ghana, John Dramani Mahama. He was born on 29th January 1971 to the family of Emmanuel Adama Mahama.

The famous businessman has invested in different areas of the Ghanaian economy, which helped him earn huge money to become the fourth richest man among the top ten richest men and women in Ghana. 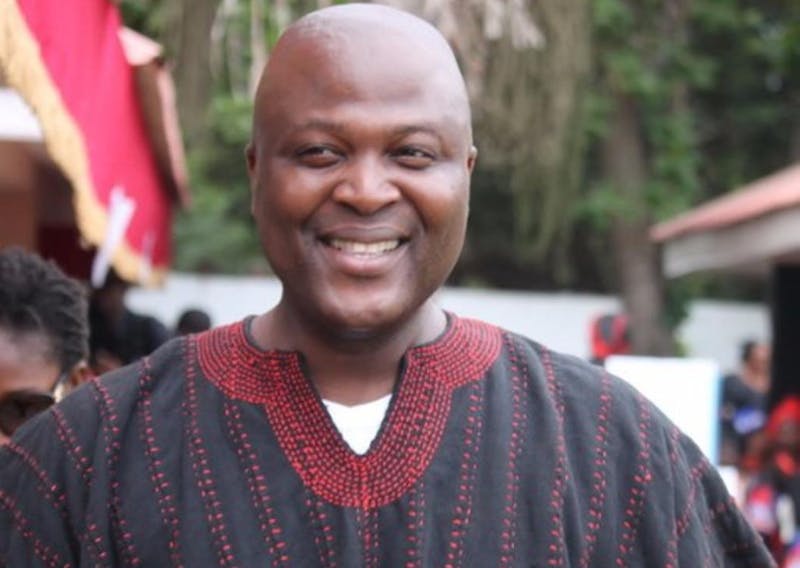 Alhaji Mohammed Ahmed Odaymat is the 5th richest man in Ghana in the list of top richest men and women in Ghana with a net worth of $850 million.

Mohammed Ahmed Odaymat is a Ghananian but of Lebanese descent. He once worked for Toyota Ghana before buying the BBC Industrial Company in 1978.

He is currently the chairman of IPMC, a company that focuses on developing a digital economy in the region through systems integration, software development, and IT skill-development programs.

Other sources of income that helped Mohammed Ahmed Odaymat earned a vast net worth to become one of the richest people in Ghana are other companies he established, such as Rana Motors & Metal Works Engineering Co. Ltd. 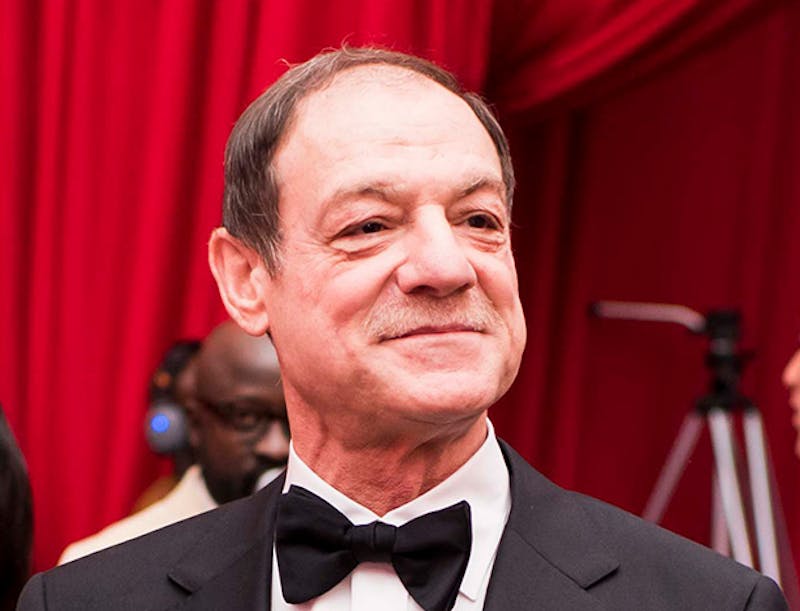 Anthony Irani and Edmund Irani are popularly known as the Irani brothers and are sometimes referred to as the Irani family. They live in Ghana, but like Mohammed Ahmed Odaymat, they are also of Lebanese descent.

The Irani family is jointly the sixth richest man in Ghana in the list of Ghana’s top richest men and women.

The Irani family accounts for over 60% of wheat flour in Ghana, which has given them so much money to be among the richest people in Ghana. They export over 180,000 metric tons of wheat annually that is milled into bread and other pastries. 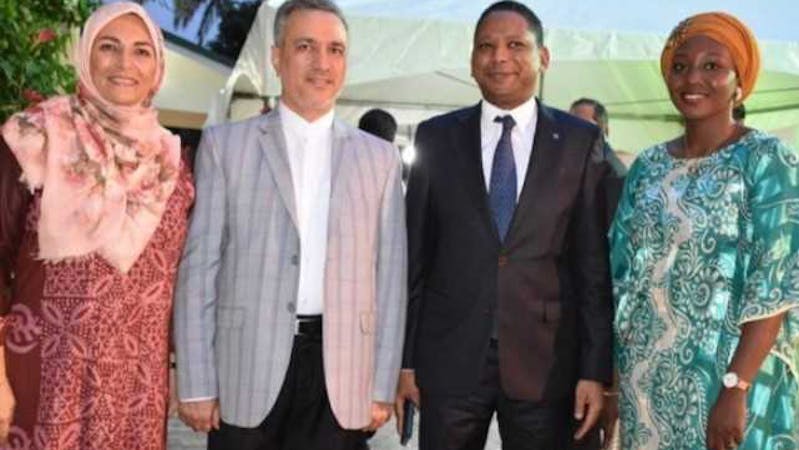 The Irani Family, the 6th richest men in Ghana

Patricia Poku Diaby ranks as the 7th richest person in Ghana. She is the first woman to be listed among the top ten richest people in Ghana. Patricia is also the richest woman in Ghana.

The rich businesswoman started her business career from her family’s business, trading and transportation before opening a company, Plot Enterprise Group, in Ivory Coast and Ghana.

Plot Enterprise Ghana is a Ghanaian indigenous company that centres on cocoa processing. The company in Ghana was fully functional in 2010 and equipped with different machines and plants.

One of the company’s plants located in Takoradi, Ghana, is valued at $90 million. Plot enterprise company exports its products to the US, Europe, Asia, Australia and the Middle East.

Patricia Poku Diaby has made so much money from her plant importation to different countries worldwide, which has helped her rank as the 7th richest person and richest woman in Ghana.

They are the successors of the Salem Kalmoni’s fortunes. Salem Kalmoni is the late patriarch of the Kalmoni Family. He is a Lebanese immigrant that arrived in Ghana before the first world war.

After his death, his sons took over his company named Kalmoni and Sons.

The Kalmoni Family’s source of wealth 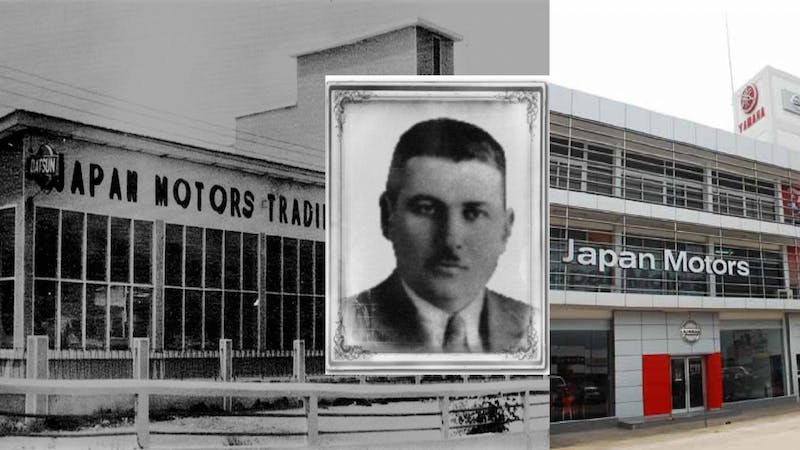 Kwabena Duffuor ranks as the 9th richest person in Ghana, with a net worth of $680 million.

He obtained his B.sc in Economics from the University of Ghana and an MBA from Syracuse University in New York, United States.

Kwabena Duffuor is a former Governor of the Bank of Ghana from July 1997 to Sep 2001. In 1999, Kwabena Duffuor was named one of the four best central Bank Governors globally.

He earned so much money when he served as the Governor of the Bank of Ghana, which increased his net worth to become one of the richest people in Ghana.

Akufo is the founder and chairman of HODA Holdings, a business entity comprising Insurance, Banking, Real Estates, Farming, Mining and Media, a business that has helped him rank as the 9th richest man in Ghana 2021. 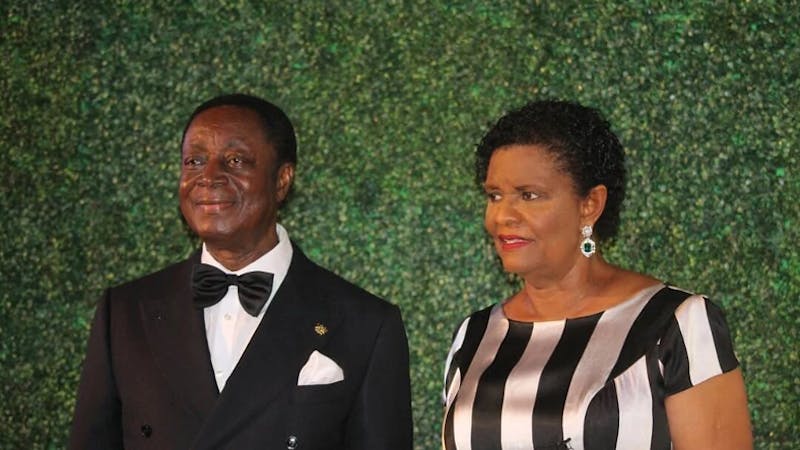 Kwabena Duffuor, the 9th richest man in Ghana with his wife.

The Awuah-Darko Family made the majority of their fortune from the Vanguard insurance company, making them the 10th richest person in Ghana with an estimated net worth of $650 million.

The Awuah-Darko Family possess a major stake in the vanguard insurance company.

The Obamas Stun On The Cover Of Essence Magazine