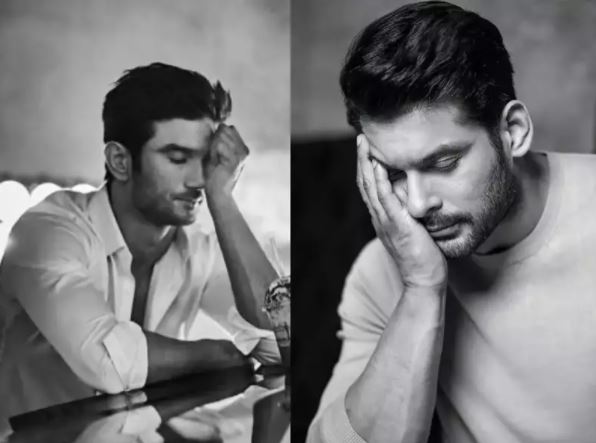 It’s a grim day for the B-Town as television and Bollywood actor Sidharth Shukla passed away at the age of 40 after suffering from a massive heart attack. His death was reportedly confirmed by a Mumbai hospital. “He was brought dead to the hospital some time ago,” the senior from Cooper Hospital official told PTI.

While the sudden turn of events has left fans, TV celebs and Bollywood stars shocked, soon after this netizens began to trend #SushantSinghRajput on Twitter recalling the loss of SSR demise last year who was founded dead at his Bandra residence.

Calling it a great loss for the entertainment industry, a user wrote, “Both talented. Both outsiders. Both got fame at an early age.” “No this is not a coincidence. This is fishy. Perfectly healthy, young, smart, talented outsiders, with growing popularity gone too soon! And of all hospitals nearby why Cooper again? Why Cooper in all suspicious

deaths!? Another tragedy” added another questioning the Mumbai hospital where both the actors were taken for autopsy reports. 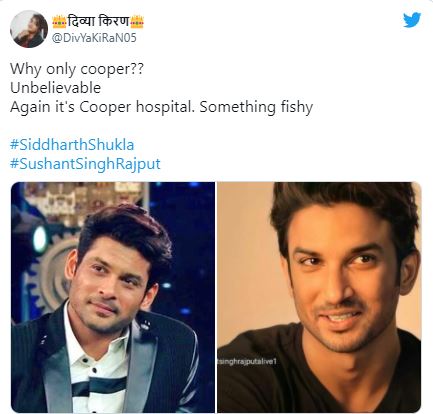 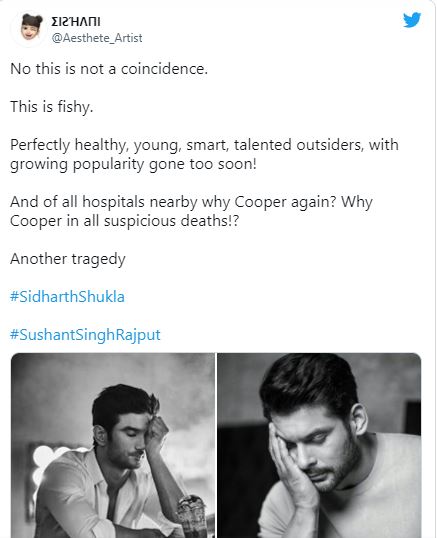 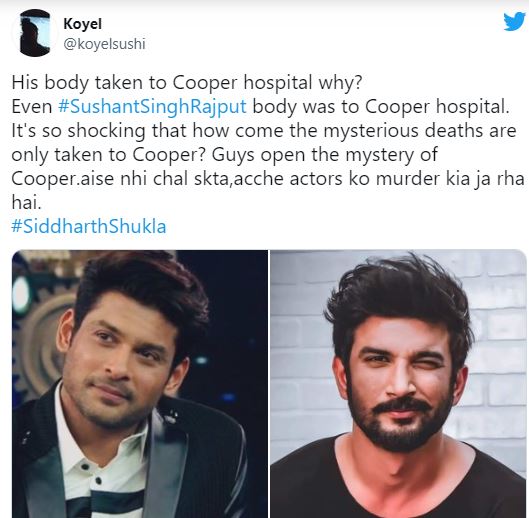 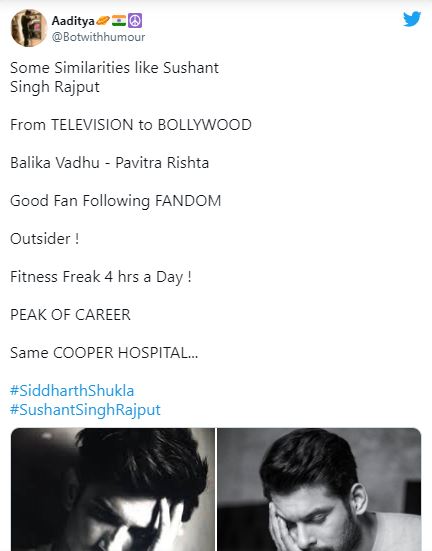 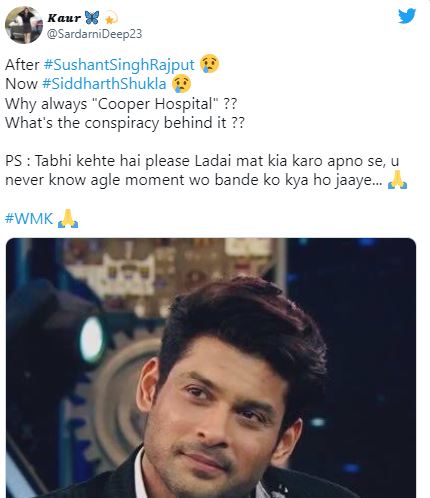